Radio City Music Hall | May 17, 2019
When Tyler Perry announced he was retiring the hilarious character he's best known for portraying, Mabel Earlene "Madea" Simmons, I knew I had to see it live. The cast is set to play six sold out shows from the 16th-19th at Radio City, and I was able to snag a center orchestra ticket for some Friday night fun! 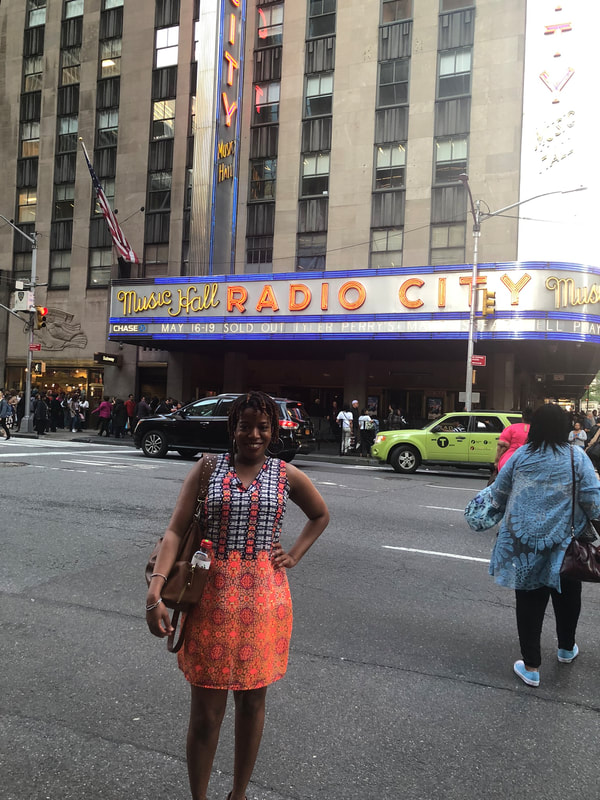 Jennifer D. Laws attends Tyler Perry's Madea's Farewell Play Tour at Radio City Music Hall on May 17, 2019.
Pro Tip: The doors opened at 7pm for the 8pm show. When I arrived in front of Radio City around 6:50pm, the line was already down the street and there was a large crowd in front of me walking down to the end of the line. A guest services representative was telling everyone where the end of the line was so no one was breaking in front of others. Oh, no ma'am!

I alerted a nice gentleman standing near the rep who looked like he was a manager, and I told him that I downloaded the app and wanted to know where to go for the express line. I showed him the app on my phone, and he pulled me out of line and said follow me because listen... JD DOES NOT DO lines! Thankfully, Radio City Music Hall sent patrons an email the day before alerting them to download their app to access the "App Express Lane" located at the Chase Premium Entrance on 50th Street closer to 6th Avenue, and I took full advantage!

As the manager escorted me and two others who chimed in saying they downloaded the app, too, I can't tell you how many "who the fuck are they" looks we got as we all sashayed to the front of the building. Getting inside took less than three minutes, and I was able to use the ladies room and get my snacks and wine without dealing with the fuss of the crowd. Gotta love technology! 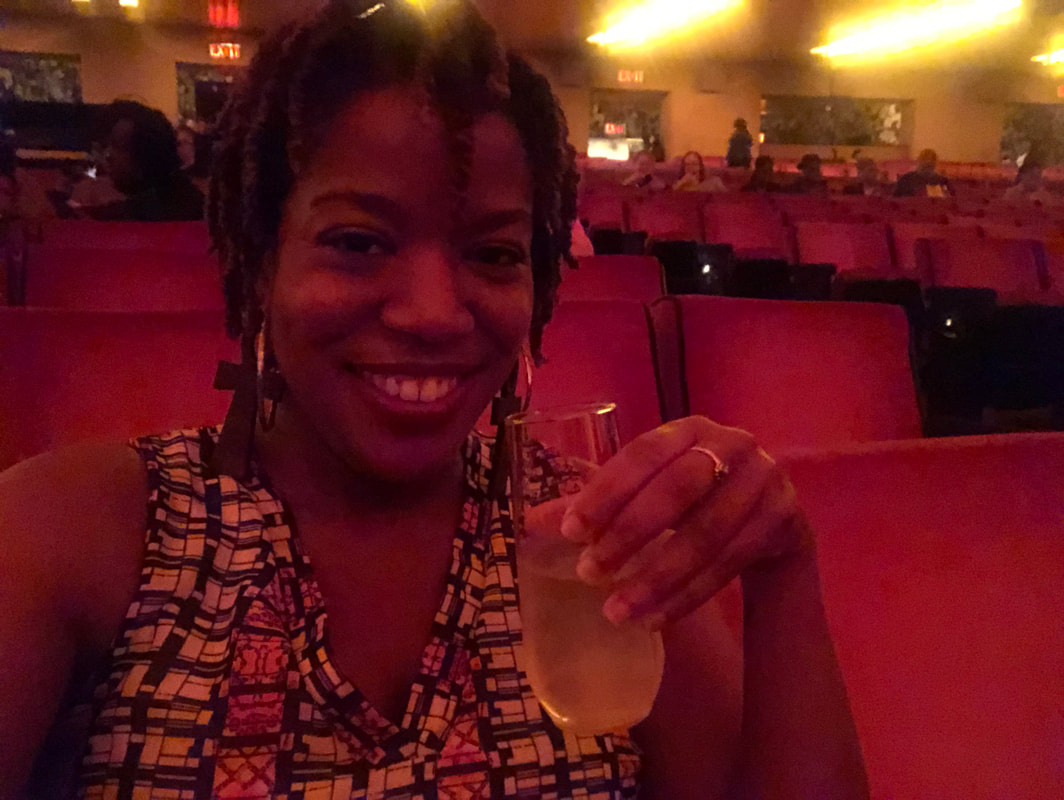 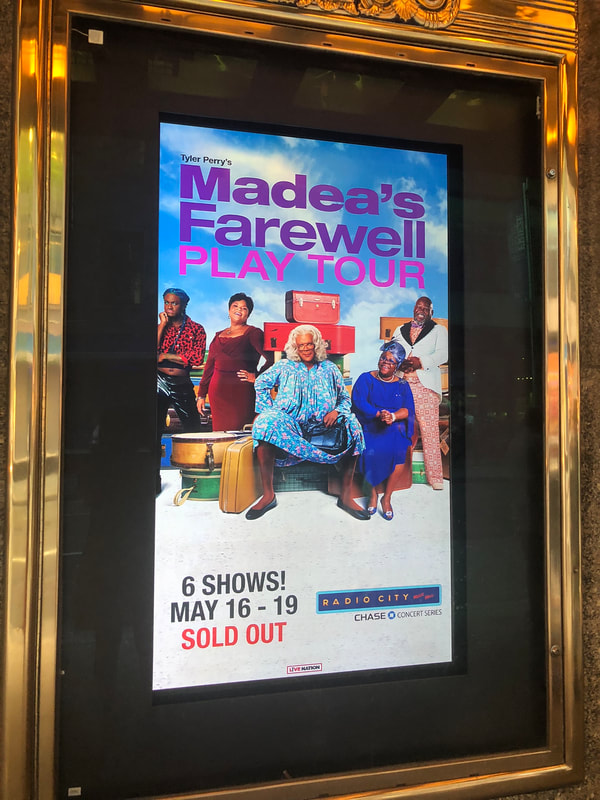 The play was hilarious with lots of references to weed, Beyoncé, a certain actress always taking center stage to do her lines, and of course... positive messages and life lessons from Madea. There was even one point when Madea broke the fourth wall and called out a lady for making too much noise as she was leaving during a scene to go to the lobby. The lady turned around and looked at Madea as she was walking up the aisle, and Madea said something quickly in the vein of "Don't be turning around looking at me. We're in the middle of a scene and you making all this noise to leave. Making me mess up looking at you!" The crowd was dyin' laughing!

There was another part when Cassi Davis's character was asking for paper towels for a pee joke, and Madea said, "Hand me one of them paper towels." Then Madea got up and walked to the front of the stage and told a guest in the audience to come here. Madea said, "Stop poppin' that gum. You sitting up here front row poppin' that gum and blowing bubble after bubble, and I can't even remember my lines cause I'm looking at you poppin' that gum. Stop poppin' that gum!" And yes, she spit out the gum! HILARIOUS!
One of the highlights of the night came at the end when the cast was brought back on stage. Tyler recognized some special guests in the audience... the mother and grandmother of the G.O.A.T. of Hip Hop, Gloria Carter (who I previously met at Michelle Obama's book signing at Barclays Center in Brooklyn last December) and Hattie White, the first African American woman EGOT, Whoopi Goldberg, AND the iconic legend who I STAN for... THE Cicely Tyson! She looks absolutely stunning at 94 years young! What an incredible night! 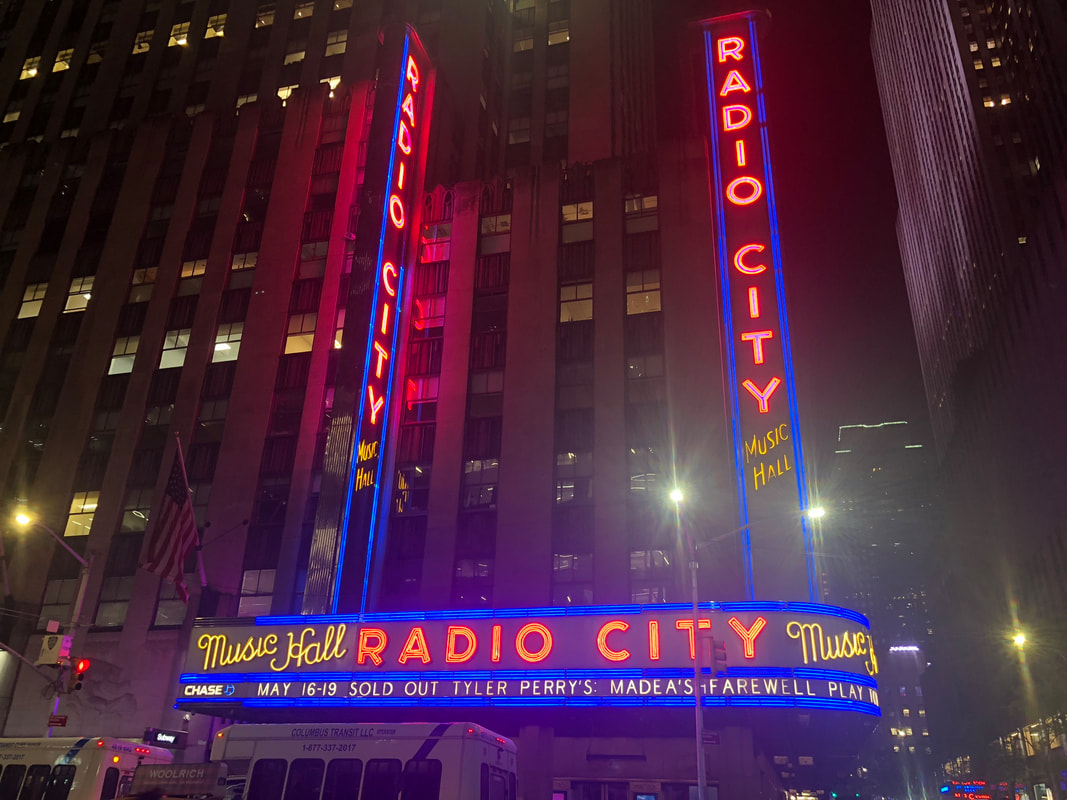