I saw the cast of In Living Color last April at the Tribeca Film Festival for the 25th Anniversary of the premiere episode. It was one of my favorite shows growing up, and I absolutely love The Wayans family! So when I heard that Tommy Davidson wrote a memoir and would be doing a book signing in the city, I was game to check it out.

Moderated by Sway, Tommy discussed his upbringing - how he was discovered at 2 years old in a heap of garbage underneath a tire by a white woman who would eventually adopt him, growing up in a white family during the 60s-70s and experiencing racism, his drug addiction and how he overcame it, and the person he credits helping him to break into show business. It was a great discussion teetering between heavy, stark realizations and slap-knee laughs.
​
Sway also asked Tommy about some of the more personal stories he wrote in his book that recently made headlines - the fierce competition with Jamie Foxx, what could have been an inappropriate relationship with Halle Berry, and Keenen Ivory Wayans dealing with FOX and what it was like working on In Living Color - among many other things.

Gotta love Hollywood! I'm ready for this TEA chile! This should be a VERY interesting read... 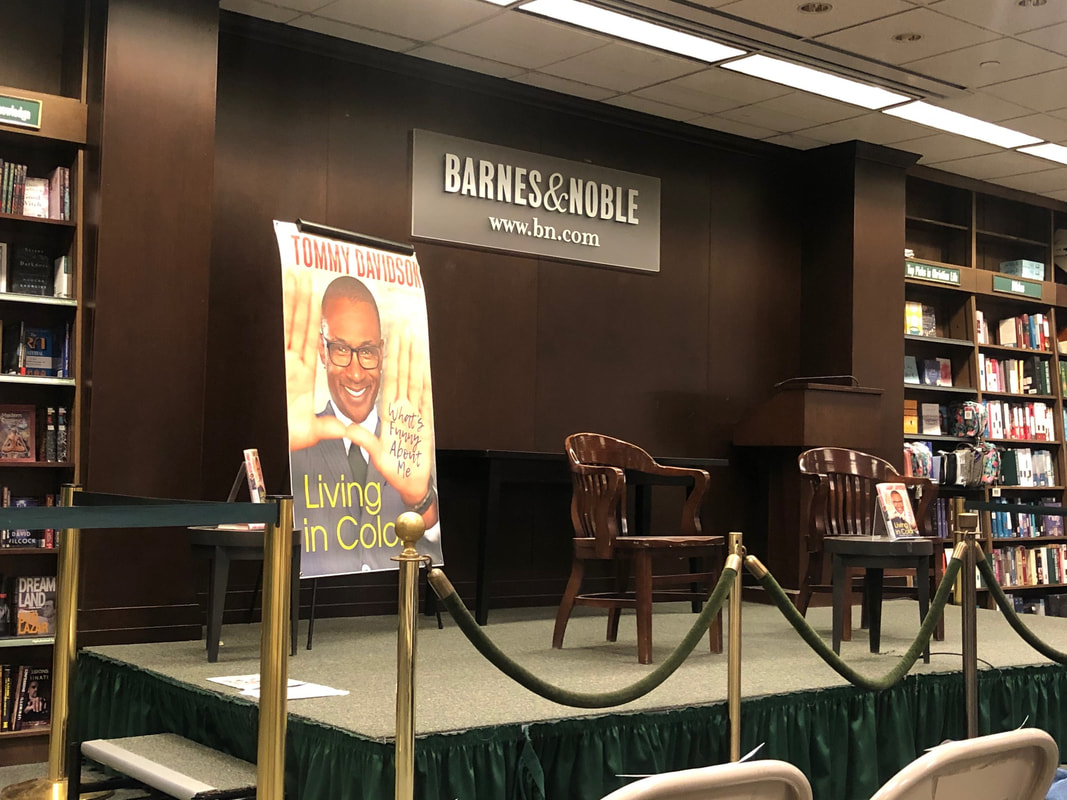 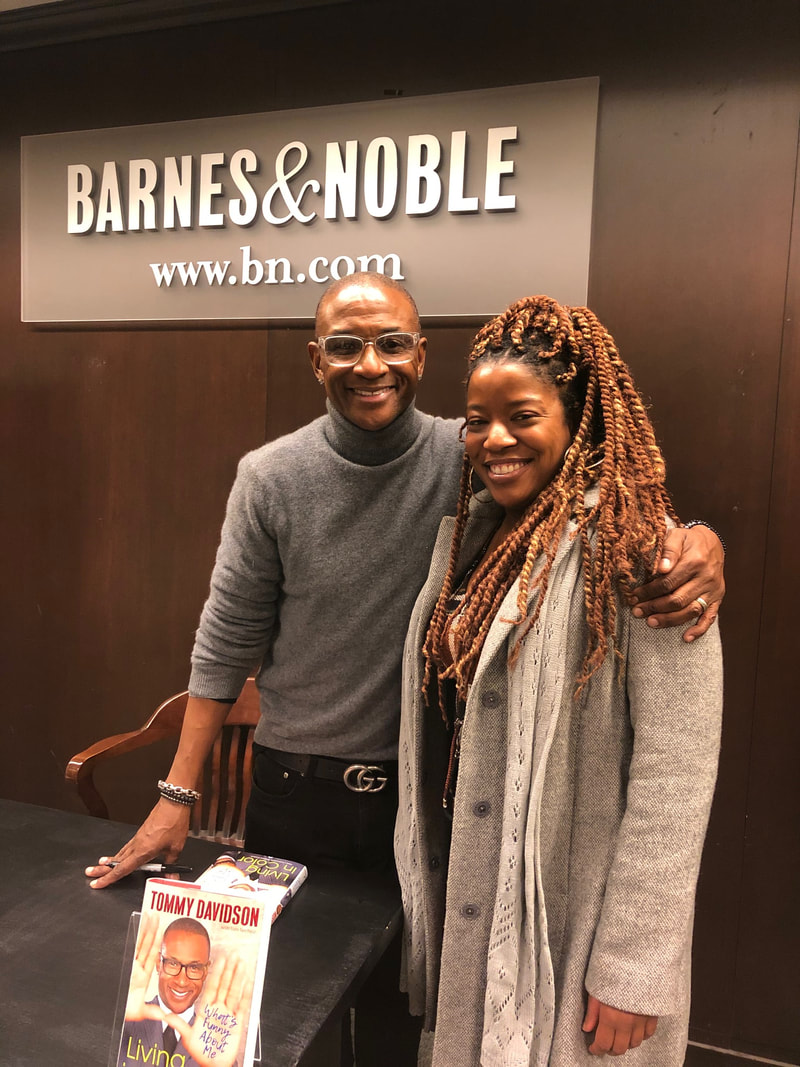 Tommy Davidson and Jennifer D. Laws at his "Living in Color" book signing at Barnes & Noble Upper West Side on January 28, 2020.
​Welcoming to the stage... Sway Calloway and Tommy Davidson 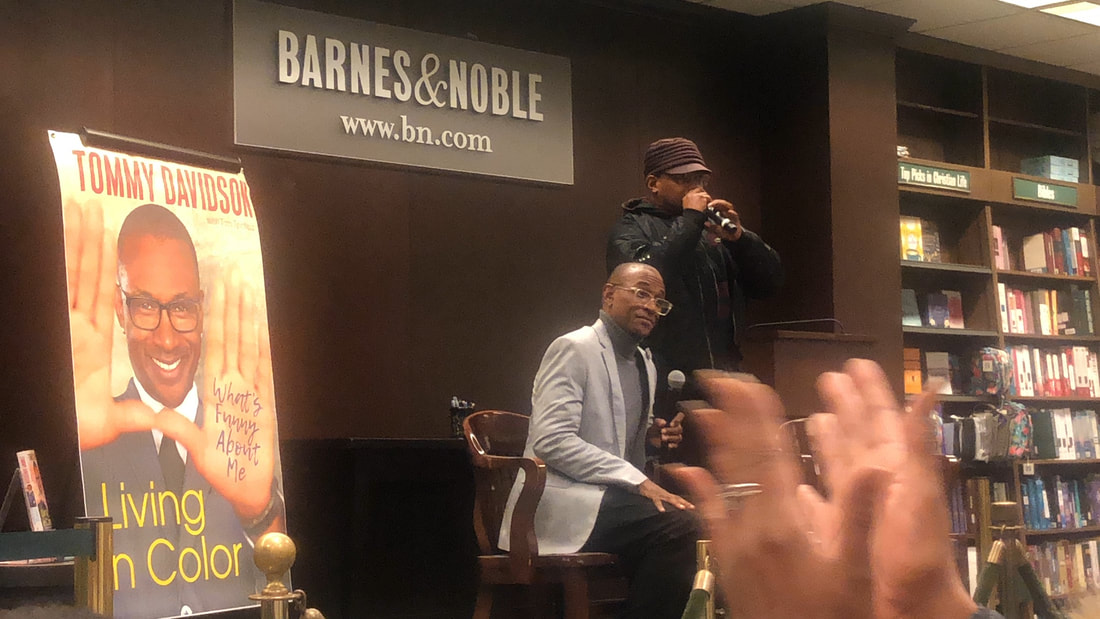 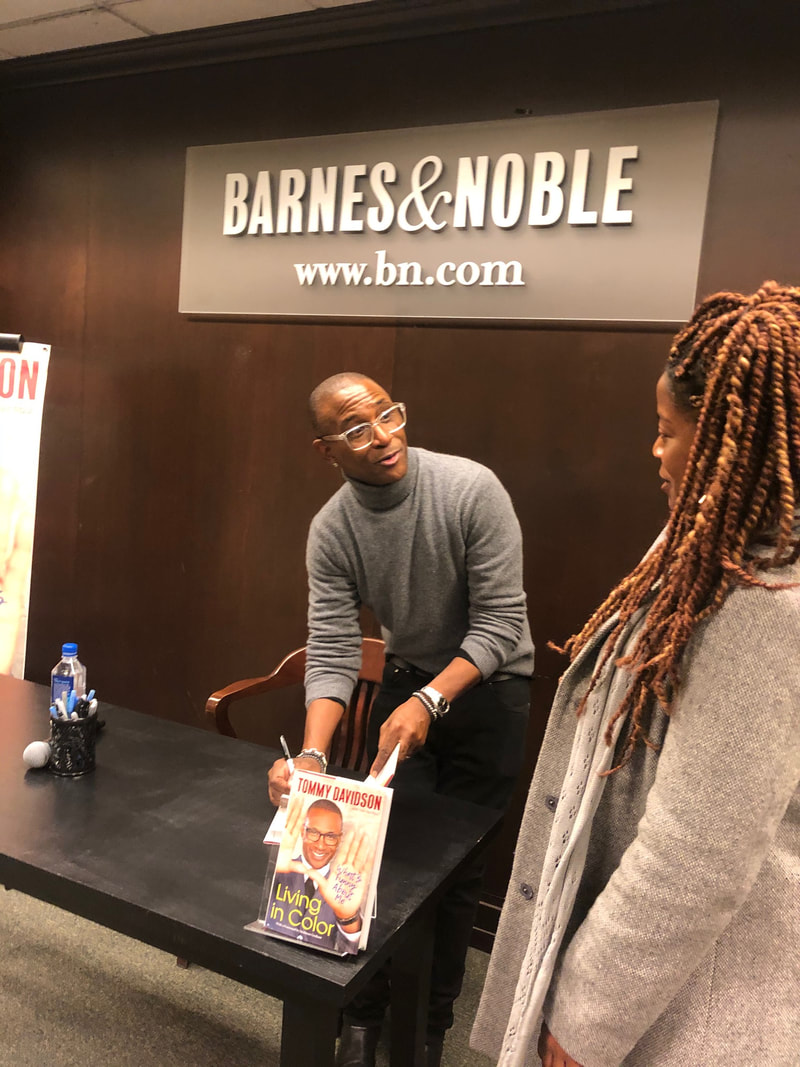