Thanks to 1iota, I secured a ticket to see the Tamron Hall show! Got ABC Studios going up on a Tuesday... AYEEE!

It came totally unexpected! A week prior to the taping, I requested two tickets and was relegated to the waitlist. On January 13, I checked back and switched from two tickets to one hoping that would improve my chances of getting a ticket. Not even 20 minutes later, I received an email saying my ticket request status just changed from Waitlist to Available! Later that afternoon, I received another email from the Tamron Hall Audience Department extending the offer of a VIP All Day Hall Pass to the 10:00am and 1:30pm taping.

The 10:00am taping included guests Yara Shahidi (black-ish and grown-ish) and Skye Turner (The Tina Turner Musical *that I saw TWICE* and Respect)!

The 1:30p.m. show included guest Kandi Burruss from the hit girl group XScape and The Real Housewives of Atlanta. I decided not to go to this taping because I only requested to work half a day, and I already submitted my OOO morning request before I received the Hall Pass email.

I had to arrive by 8:30am. I got there about 8:45am. There was no line to wait in. I walked right in to ABC Studios, gave them my ID and received the Hall Pass. 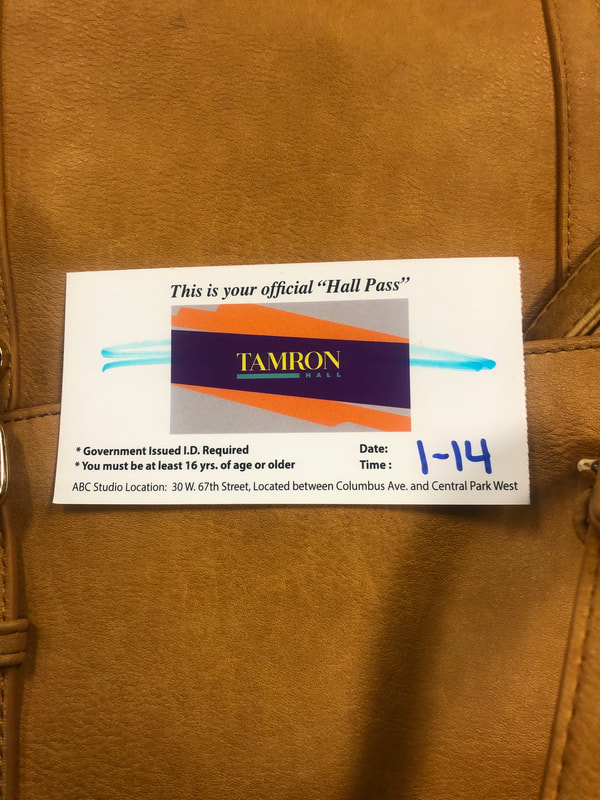 Tamron Hall show VIP All Day Hall Pass
​​
​Then I went through the metal detector and was instructed to wait in the audience waiting room until they called for us in groups (based on the colored line going across your ticket or Hall Pass) to be seated in the studio for showtime. They had water and breakfast bars for the studio audience in the waiting room, and there was a step and repeat, photo booth, and life size cut out of Tamron Hall for pictures.
I didn't have to wait long before I was escorted with the "blue line group" into the studio. I've seen a lot of behind the scenes action for major concerts, professional games, and other events, but this was different and I was excited! 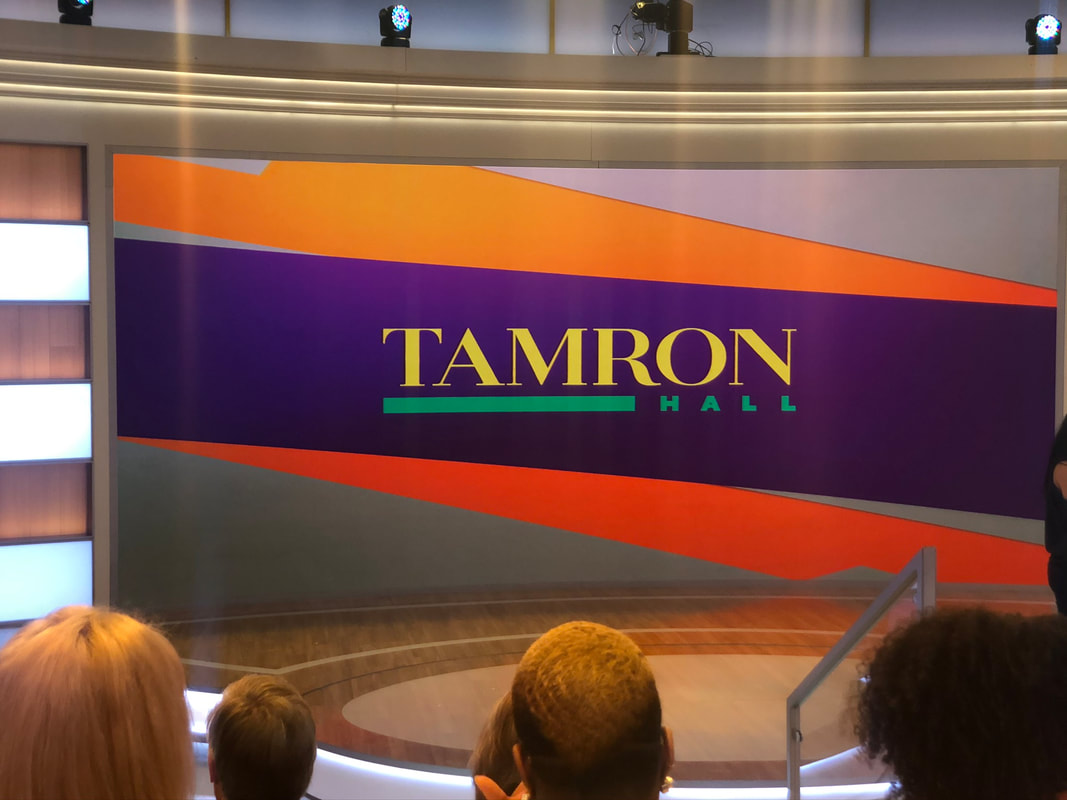 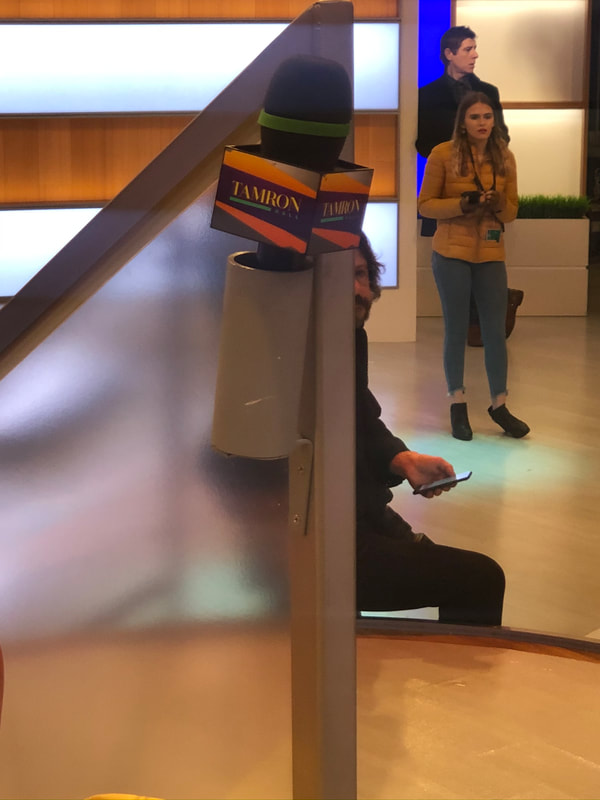 ​Yara had a great interview per usual, and Skye is so cute and bubbly! They are both powerhouses at their young ages, and Tamron is such a great host! I absolutely LOVED her classic white suit with the shiny pint stripped applique. I'm glad everything worked out for her after she left NBC. New husband, new baby Moses, and a new hit daytime show! What may have been a big disappointment for her losing her dream job turned into a big bossed up blessing beyond measure. It was so inspirational to bear witness to #BlackGirlMagic in three different stages of life!

Of course I DVR'd the show, and even better... I saw myself on TV! Special shout out to Tamron's Social Media team for capturing this video of Skye's interview! Can you see me?! Of course you can cause that big black arrow is pointing right at me! :-)
Courtesy of Tamron Hall Show via @tamronhallshow on Instagram
At the end of the show, Tamron did a walk through the audience greeting and thanking everyone, and I managed to snap a pic while the lady I was sitting next to greeted her giddily! We were all laughing and smiling and just having a ball! It was such a fun experience, and I definitely wouldn't mind going again! 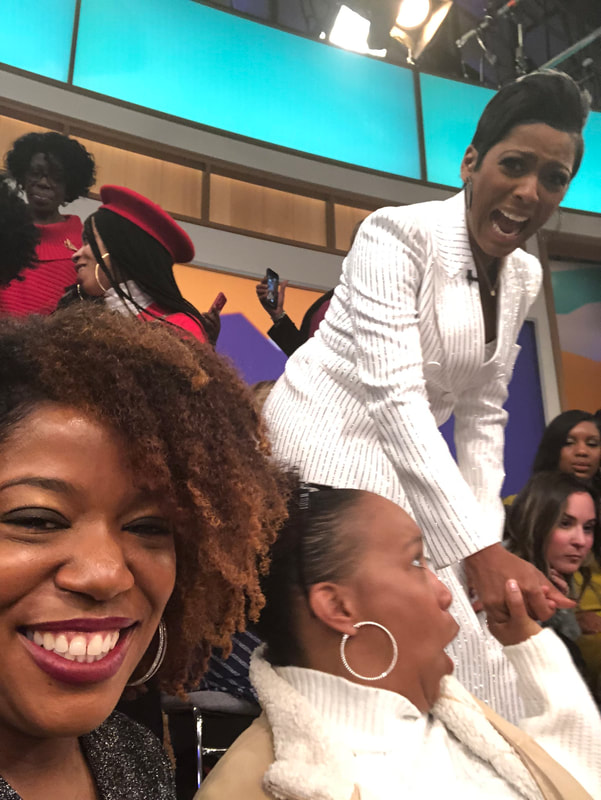 Jennifer D. Laws and Tamron Hall at her show at ABC Studios on January 14, 2020. 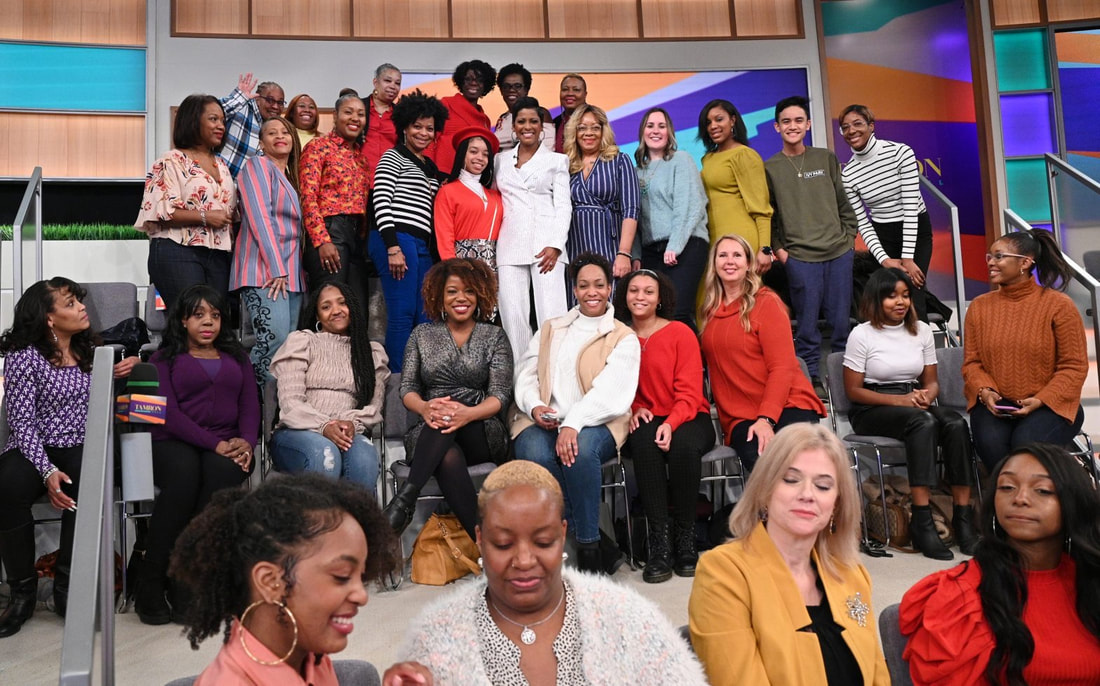 I also went on January 30th. The guest that day was Billy Porter and The House of Labeija. TD Jakes also stopped by for a special segment that would be aired at a later date. 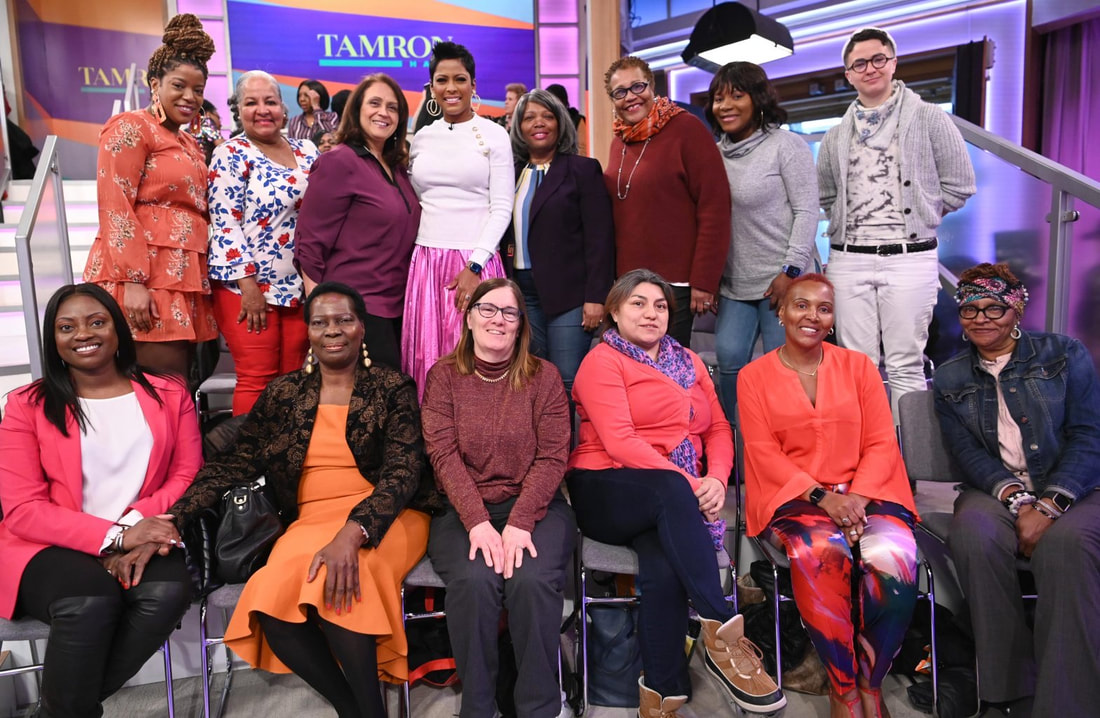