Lunt-Fontanne Theatre | November 9, 2019
I don't believe in coincidences. I know my steps are divinely ordered, and life and death are TRULY in the power of the tongue.

For perspective, November 9, 2017:
Let me tell y'all about how God WORKS... I've been entering the Hamilton lottery since Summer '16 when I was a contract Event Manager at BNY Mellon - the banking organization that Alexander Hamilton established along with other founding shareholders. I couldn't get tickets through my job, and I kept getting the "Sorry, You're Not A Winner" notification on my iPhone from the HAM app for months.

When I started working at Bank of America Merrill Lynch, one of the LOBs was planning a private screening of Hamilton for their clients, and they had extra tickets for employees but only if you put in a request in a timely manner as surplus tickets were limited. I knew it was a hot ticket and my chances were slim to receive one, but I submitted a request via email anyway. The next day on November 9th, I get to work and a complimentary Hamilton ticket with my name on it is sitting at my desk. #WontHeDoIt!

Fast forward two years later to the day:
Ever since I heard about The Tina Turner Musical coming to Broadway, I KNEW I had to see it. They've been promoting it for months! After I saw Oprah and Gayle's IG stories, Oprah's backstage interview with THE TINA TURNER, and their enthusiastic reactions to the play on opening night, November 7th, when they told Adrienne Warren, the powerhouse that plays adult Tina, "See you at the Tonys!", I knew I wanted to see it sooner than later. Early this morning, I purchased an orchestra ticket for the 8pm show on November 20th. Then I realized they had a lottery for Tina, too. They had two shows for today so I entered the 2pm show before the cut-off time at 9am. When I realized I didn't win for that show, I entered for the 8pm show right at 9am when the lottery opened, and it closed at 1pm. That's when I got this email:

Standby... STANDBY! For the next hour I thanked God for allowing me to win. For making a way. For going before me and making the crooked places straight. For freeing up one ticket, just one, so I could attend opening night weekend, and allowing me to move from standby to winner! While I cleaned up my apartment and decorated my Christmas tree (YES, I'm already in the holiday spirit, and I'm not ashamed!), I envisioned getting ready... the dress, shoes, and coat I would wear, how I would style my hair and do my makeup, and I even imagined getting a drink and settling into a great seat to watch the show. With a lottery ticket, you don't know what seat you will have in the theatre - they only mention that you will have a partial view, whatever that means. lol

For people who won, they have 60 minutes to purchase the heavily discounted lottery ticket, and for those that don't in the allotted timeframe, they go to the people (or next person) on standby.

I didn't find out until I got to the theatre that my seat was B 101. That's FRONT ROW CENTER, aisle seat! The partial view is because the stage is a bit higher than the seats so you really can't see the feet of the performers if they are mid-stage or further back unless you stand up or you are really tall. I didn't care! In case you didn't know, the first few rows (premium orchestra seats) go for upwards of $229 and even higher if they are resale. 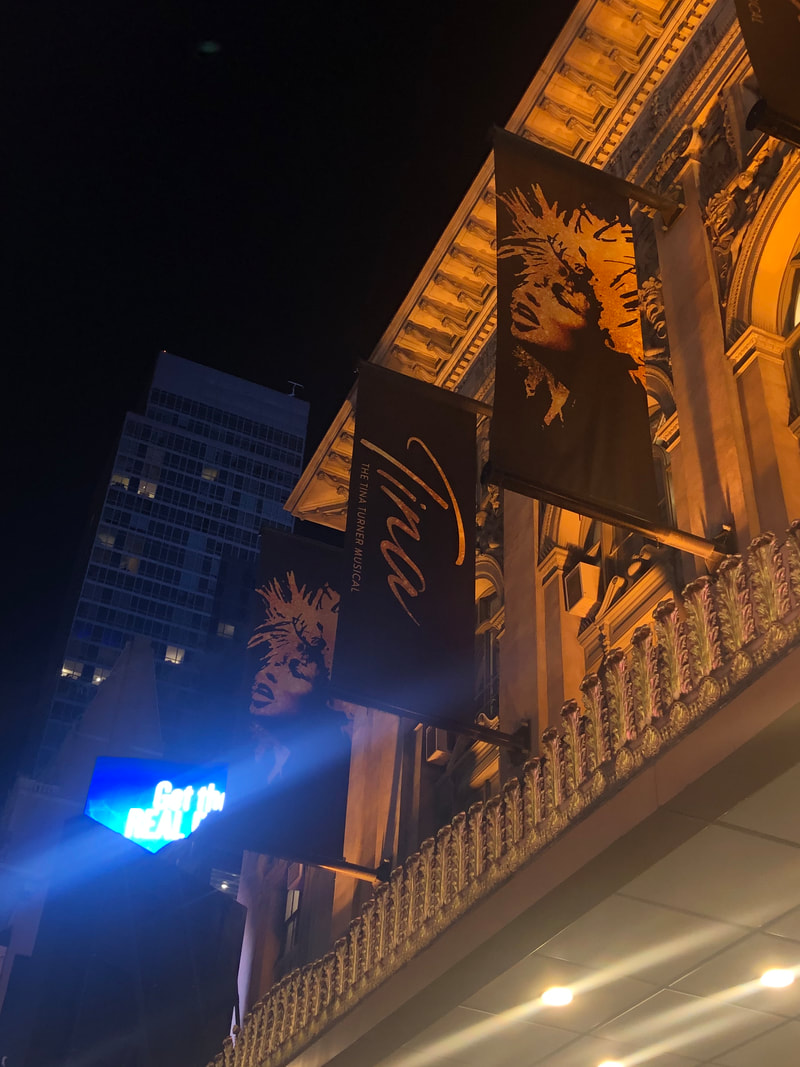 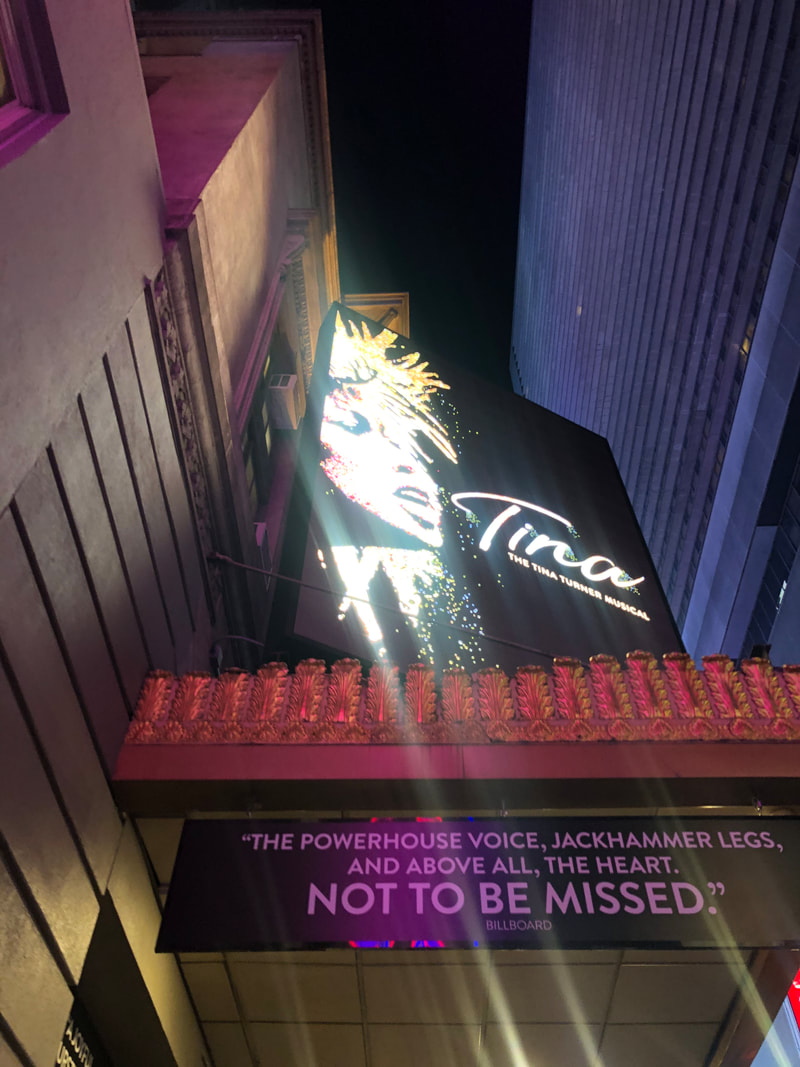 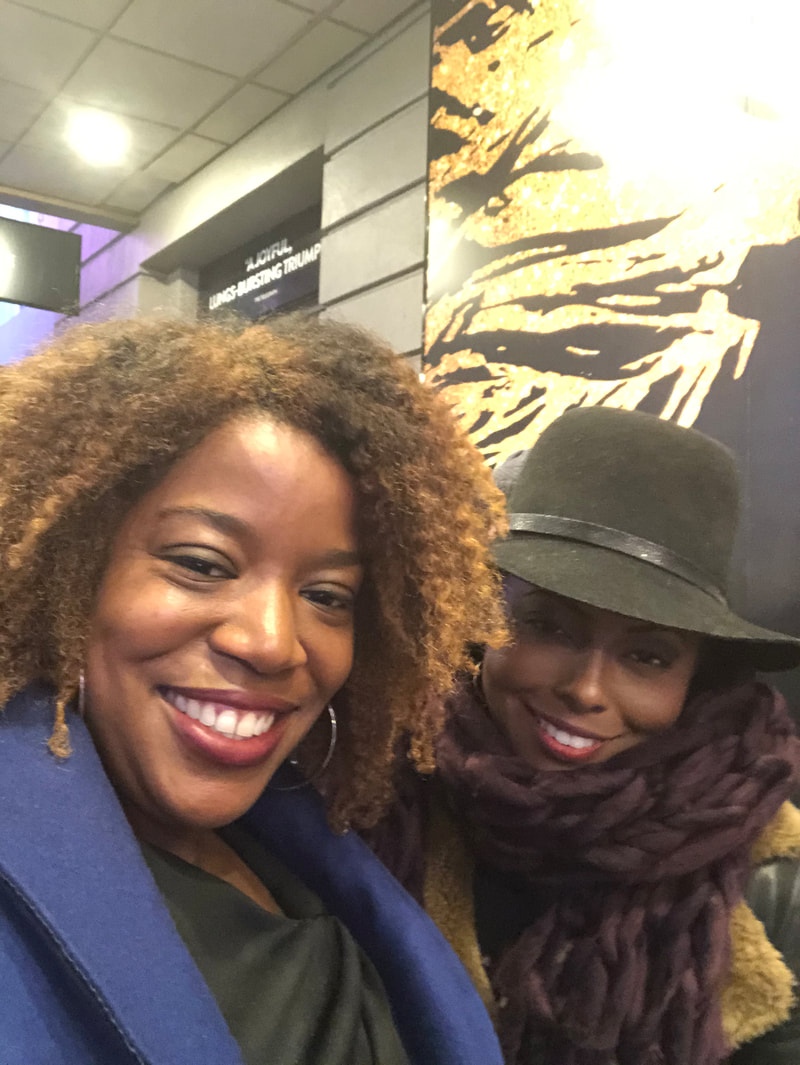 Jennifer D. Laws and Adrienne L. Warren at opening weekend of The Tina Turner Musical at Lunt-Fontanne Theatre on November 9, 2019. 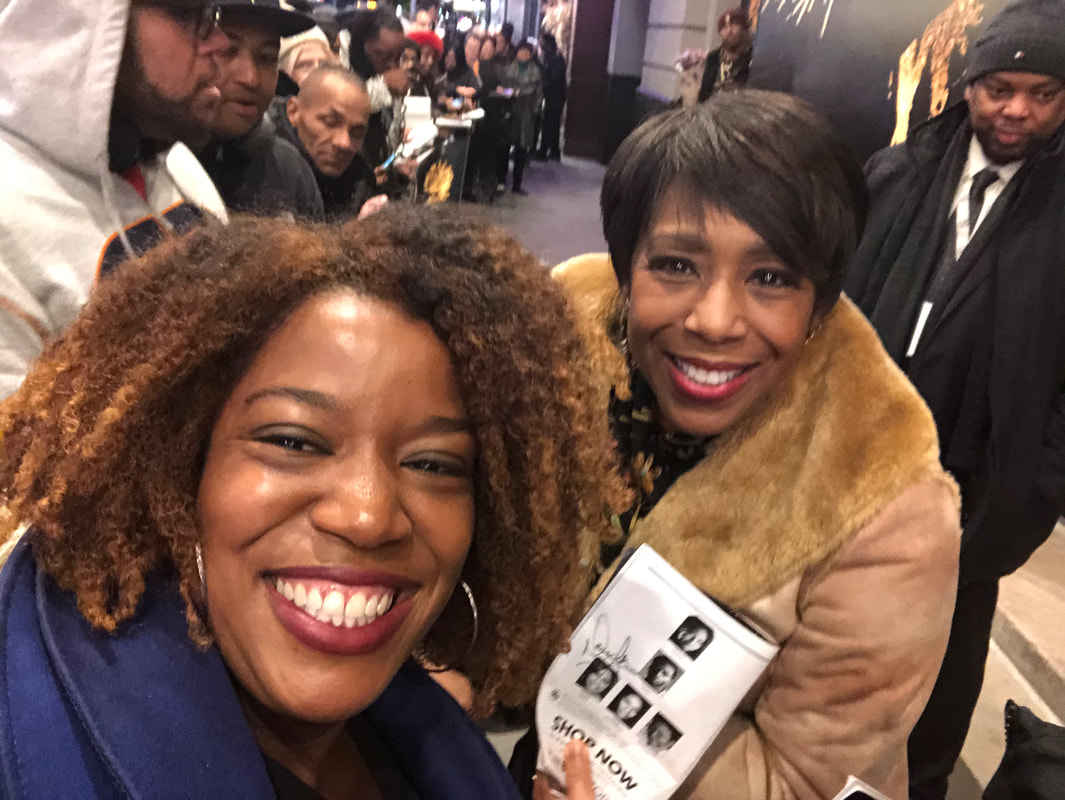 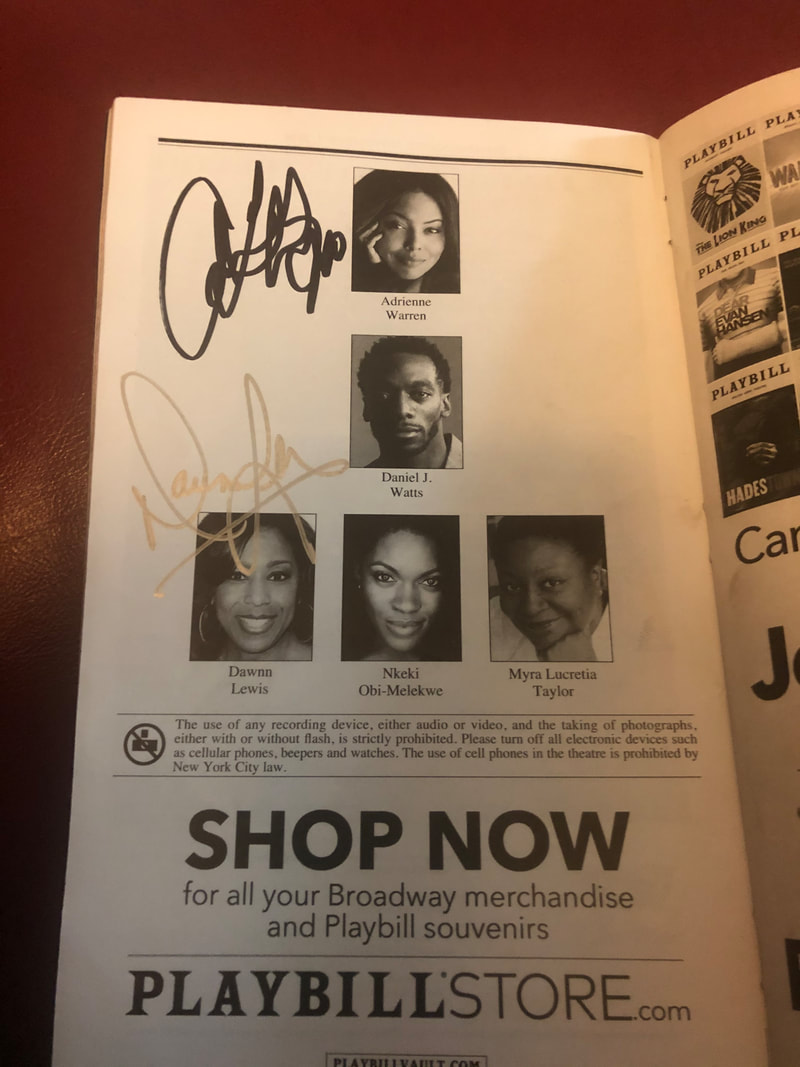 Adrienne and Dawnn signed my program! 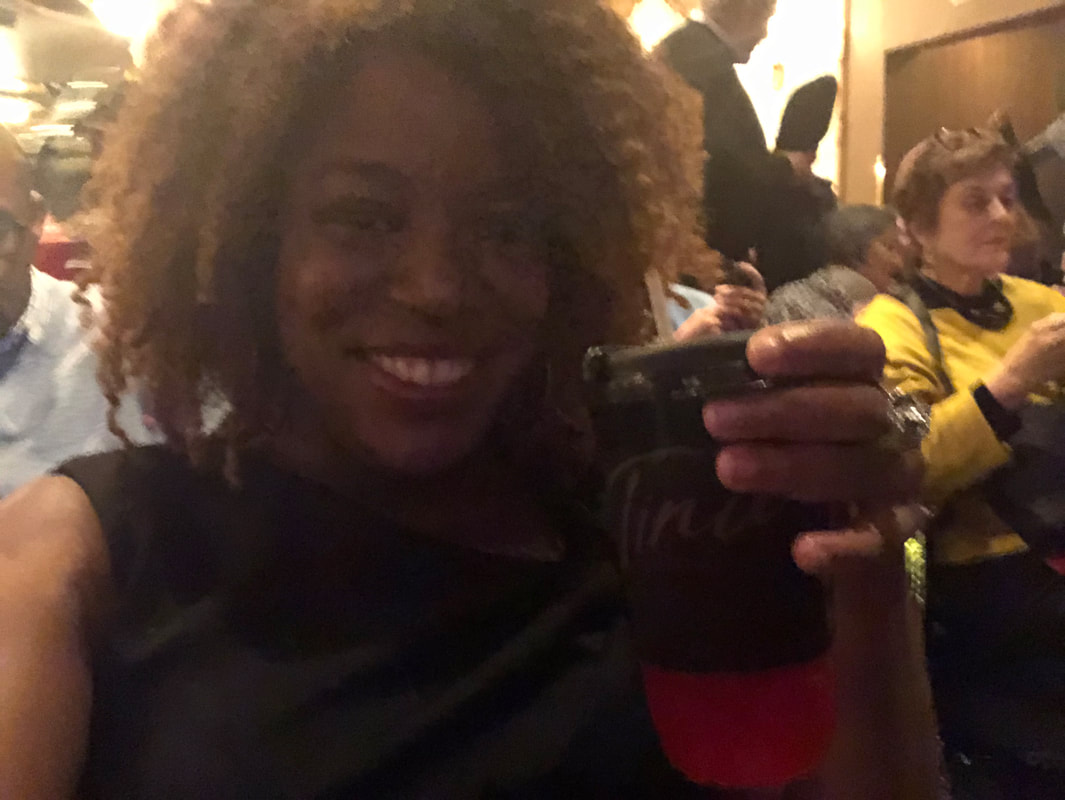 In blurry bliss... What's Rum Got To Do With It? 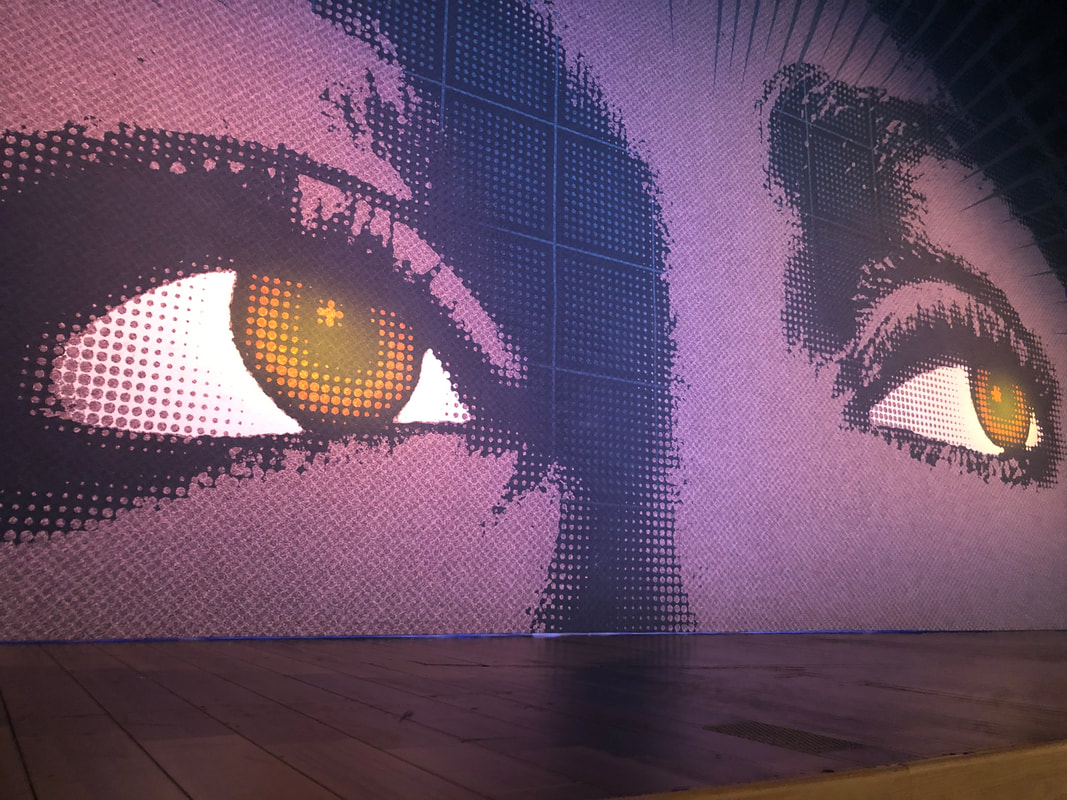 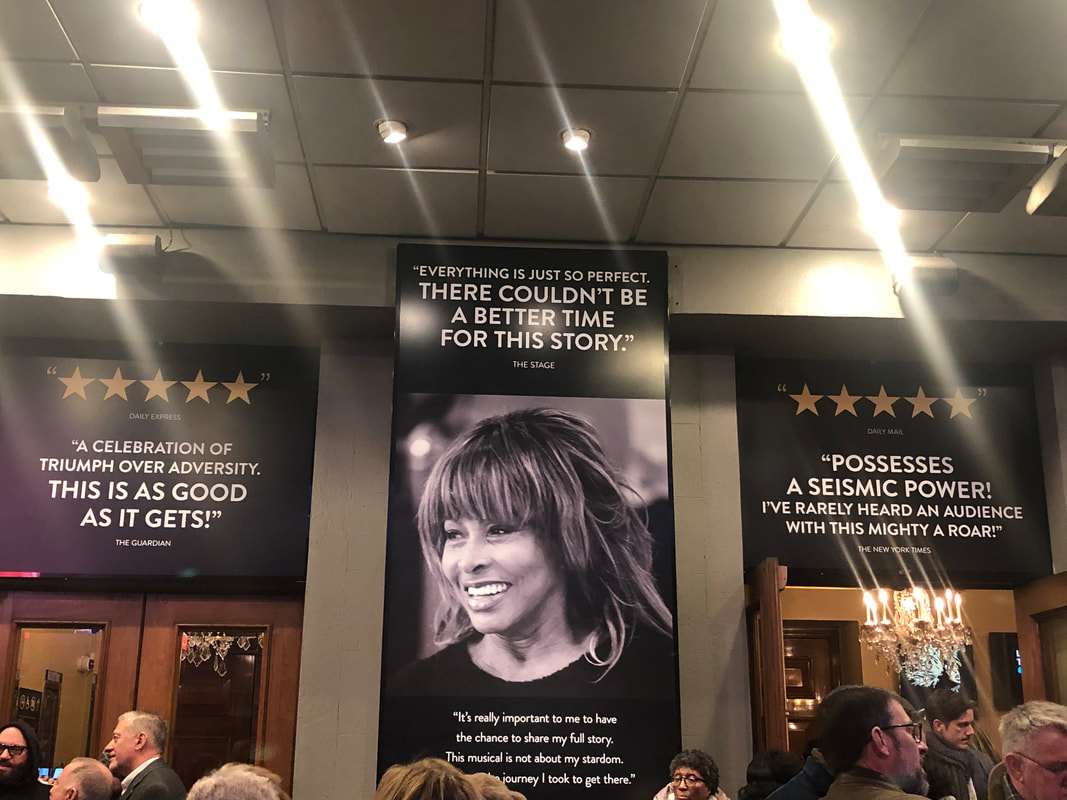 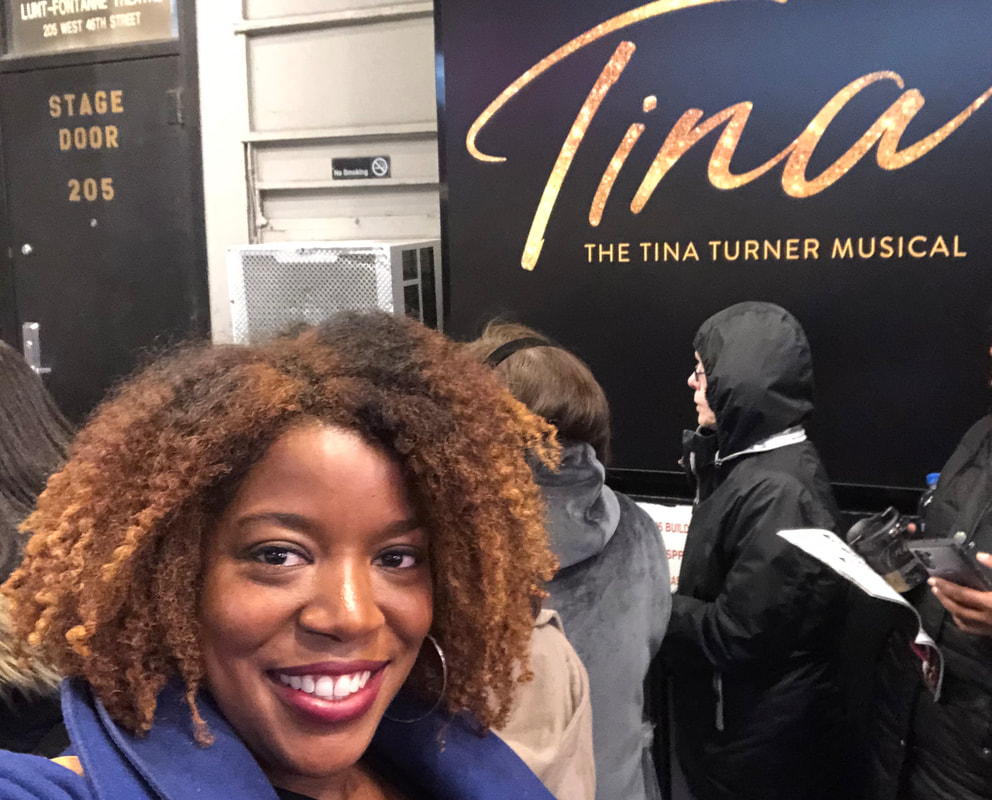 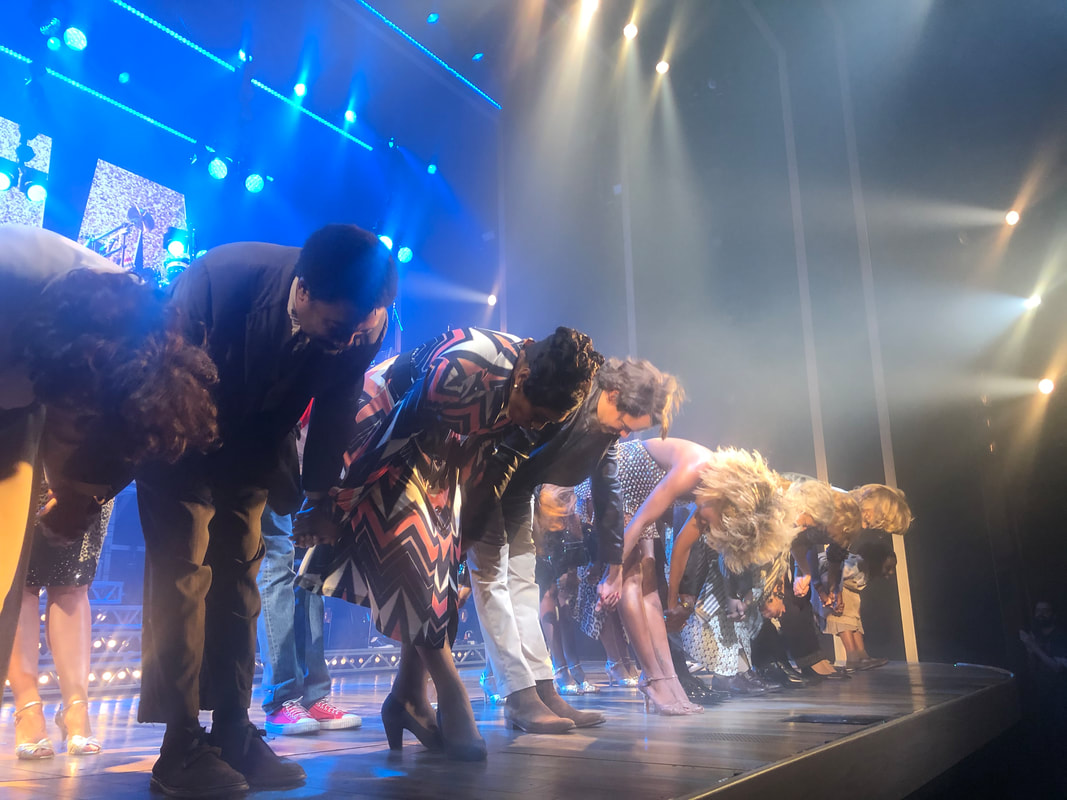 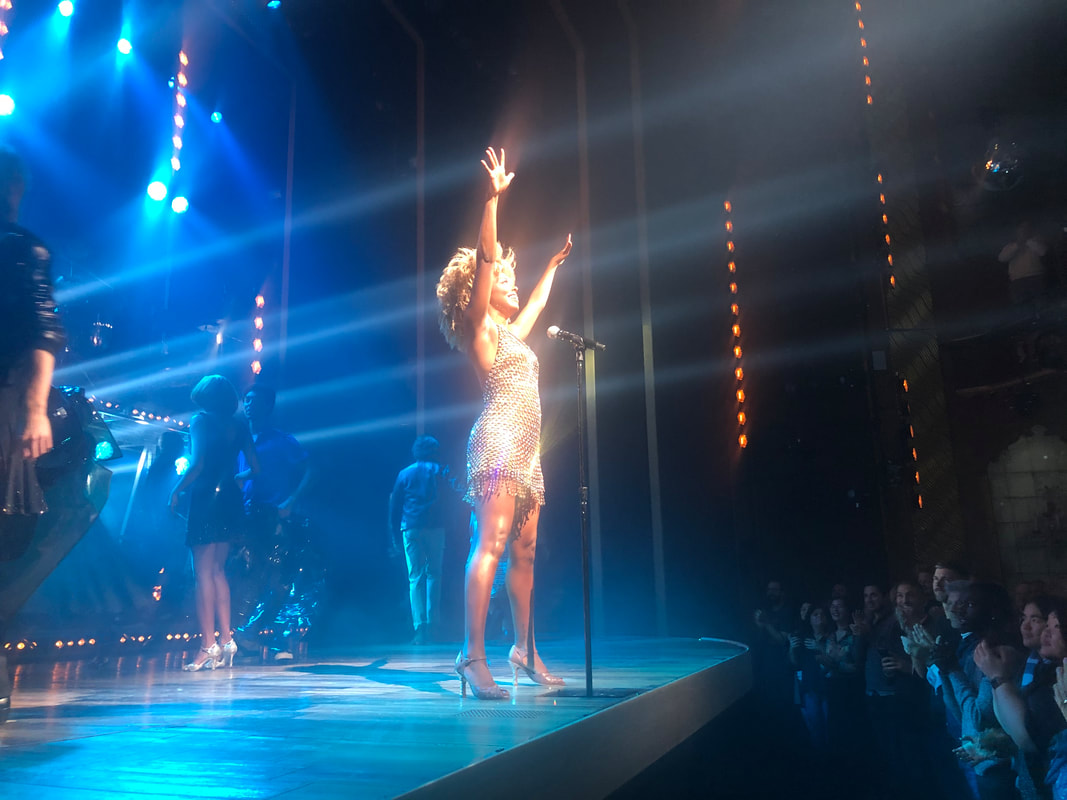 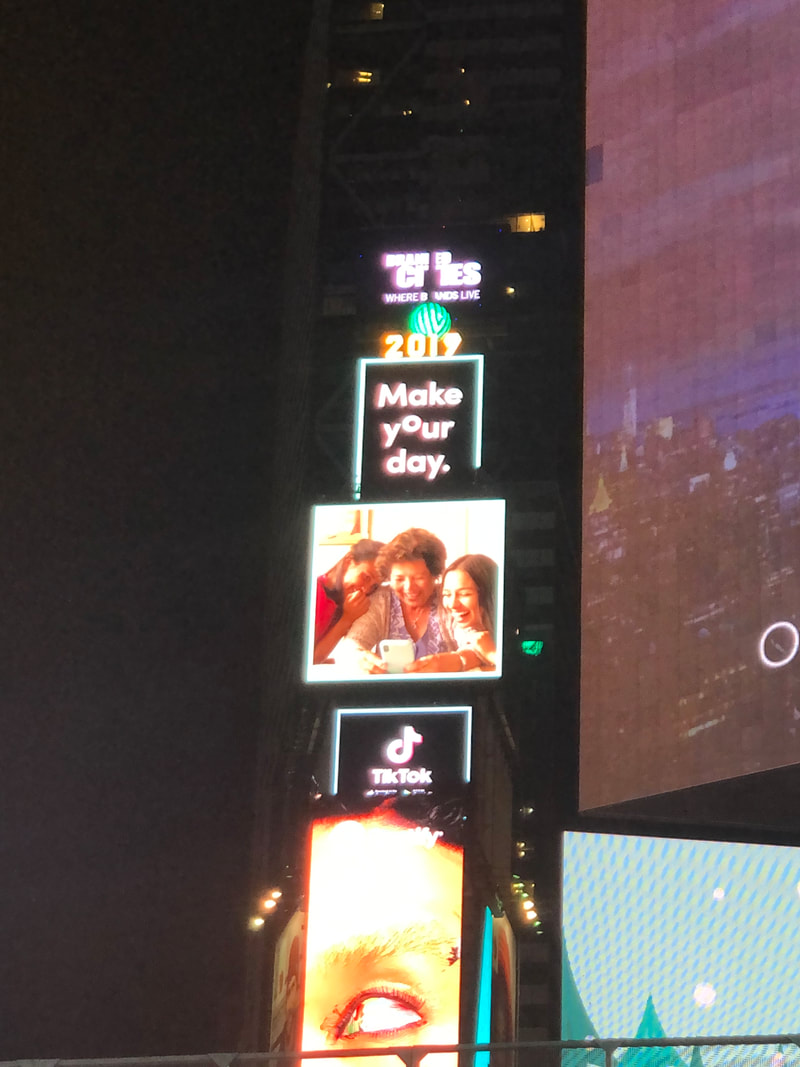 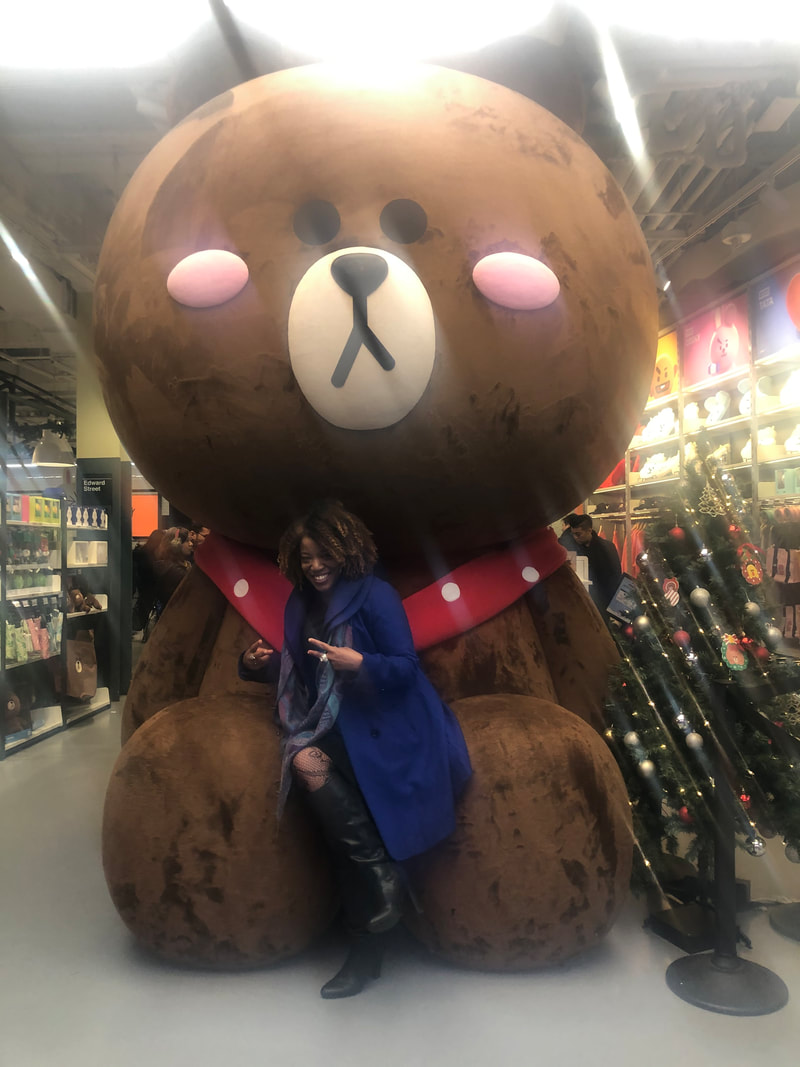