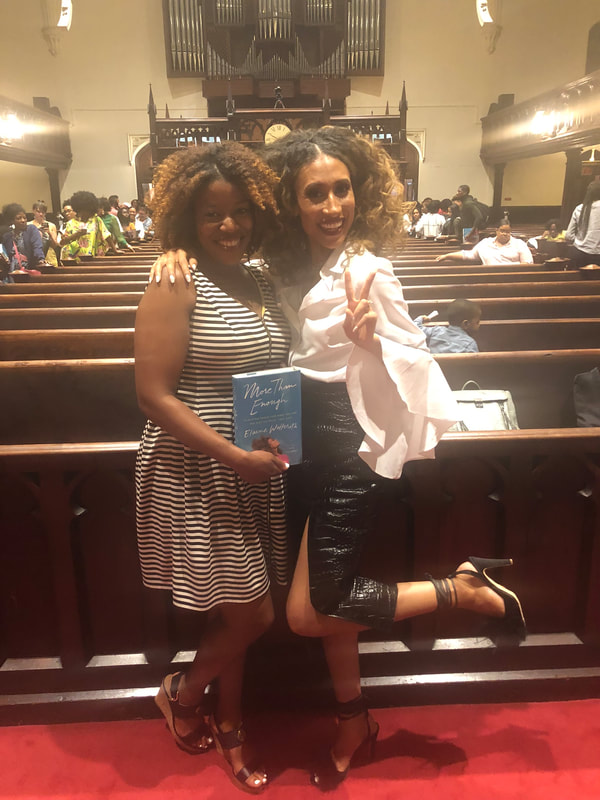 Jennifer D. Laws and Elaine Welteroth at her "More Than Enough" book tour stop in Brooklyn on June 11, 2019.
At 32 years young, Elaine has already accomplished what many young, ambitious hopefuls dream about... landing a dream job in their chosen profession in a leadership role. In 2012, she became the Beauty & Health Director at Teen Vogue. In April 2016 when she was just 29, Elaine was named Editor-in-Chief of Teen Vogue, the youngest person to hold an editor position in Condé Nast history, and the second person of African-American ancestry in the famous mass media company's 107 year history.

When Elaine posted her book tour dates to Instagram on May 5th, I quickly clinked the link in her bio and purchased her book that came with a general admission ticket for the first stop in Brooklyn. 4 days ago, I was on the train headed to a massage appointment when I almost dropped my phone after I read her caption and swiped to see that Academy Award Winner Lupita Nyong'o would be joining her for the discussion.

I was SUPER excited! The last time I saw Lupita was at the Queen of Katwe VIP screening where she did a Q&A after the movie with David Oyelowo, Mira Nair, and Mikki Taylor. I knew I would be in for a real #EbonyExcellence treat! They discussed how Elaine found her mentor, Harriette Cole, and started working for Ebony Magazine as an intern, representation in media, her desire to belong, the nuances of colorism, navigating predominately white spaces in corporate America, climbing the corporate ladder and burnout, staying too long in a bad relationship, her white colleague's knowledge (or lack thereof) of natural hair and braid extensions, growing and learning from your mistakes, cancel culture, and the power and influence of Black Twitter among many other important topics!

Now, you know I have to give tea... the discussion was scheduled to last from 7-9pm, and sis came out 45 minutes late. The temperature in the church was hot, yet it had the sweet aroma of melting shea and cocoa butter lotion and coconut oil. The church was jammed pack with beautiful sistahs conversing, singing along and dancing in the pews to the dope soundtrack of music that played the likes of Solange and Lauryn Hill before the show started.

During the Q&A segment after the discussion, an attendee spilled her own tea about a grievance she had against her former supervisor at... *Condé cough Nast cough cough* and how he... or she (to protect the "innocent") fired her then called her two weeks later and asked her to train her replacement (enter nepotism). Yeah... that happened, and she wanted to know what she should do. We all gasped, audibly said "WAYMENT, GIRL WHAT?!" and "AHHH HELL NAW!" in various ways. We also clapped hard for her courage to ask such a personal question, and Lupita gave her words of encouragement that better awaits her and advised her to go where she is loved.

Lupita's advice may have been for her and her situation, but I think I can safely speak for everyone there when I say that we all felt that...
Yes, it was all GLORIOUS and well worth the wait! Dancers dressed in white opened the discussion, Elaine and her mom read a selection from her book, and she asked us to fill out her "More Than Enough" card. 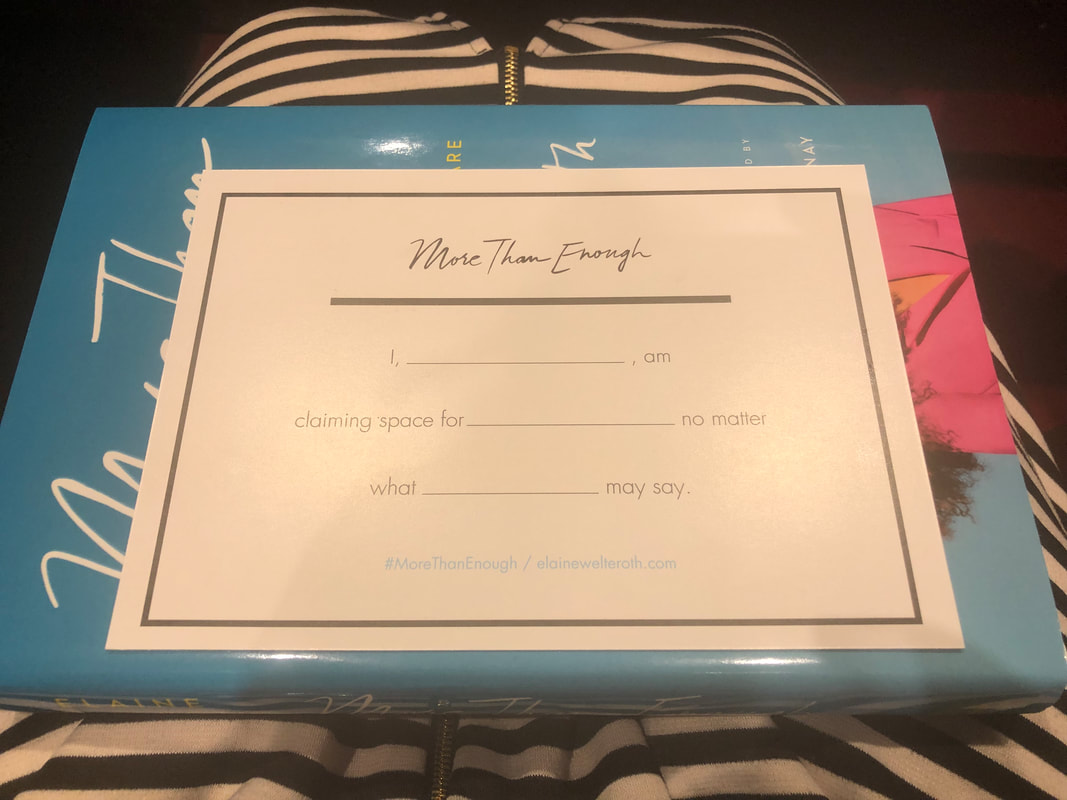 It was an insightful night of #BlackGirlMagic that I really and truly needed, and I left feeling inspired with an autographed book to add to my collection! I can't wait to read it!
Check out some more pics and footage below! ​

Elaine Welteroth and her mom read an excerpt from her book, and Lupita Nyong'o gears up for the discussion.
Lupita asks Elaine about her desire to belong and discovering her true identity 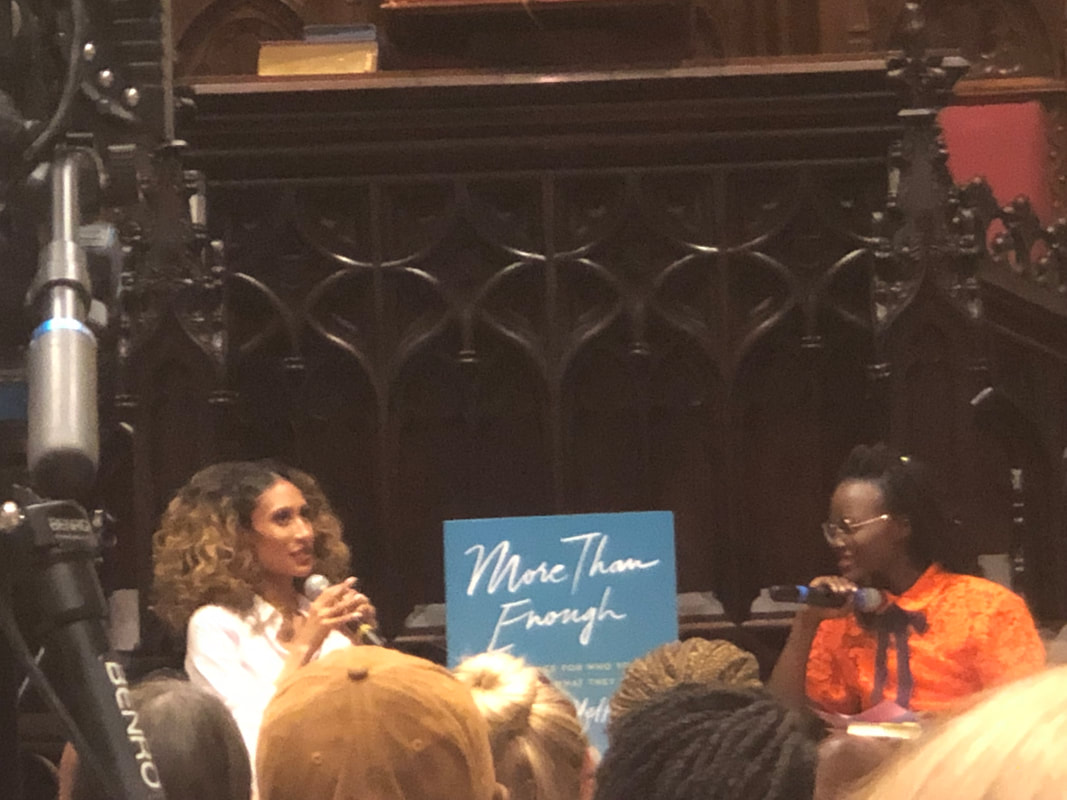 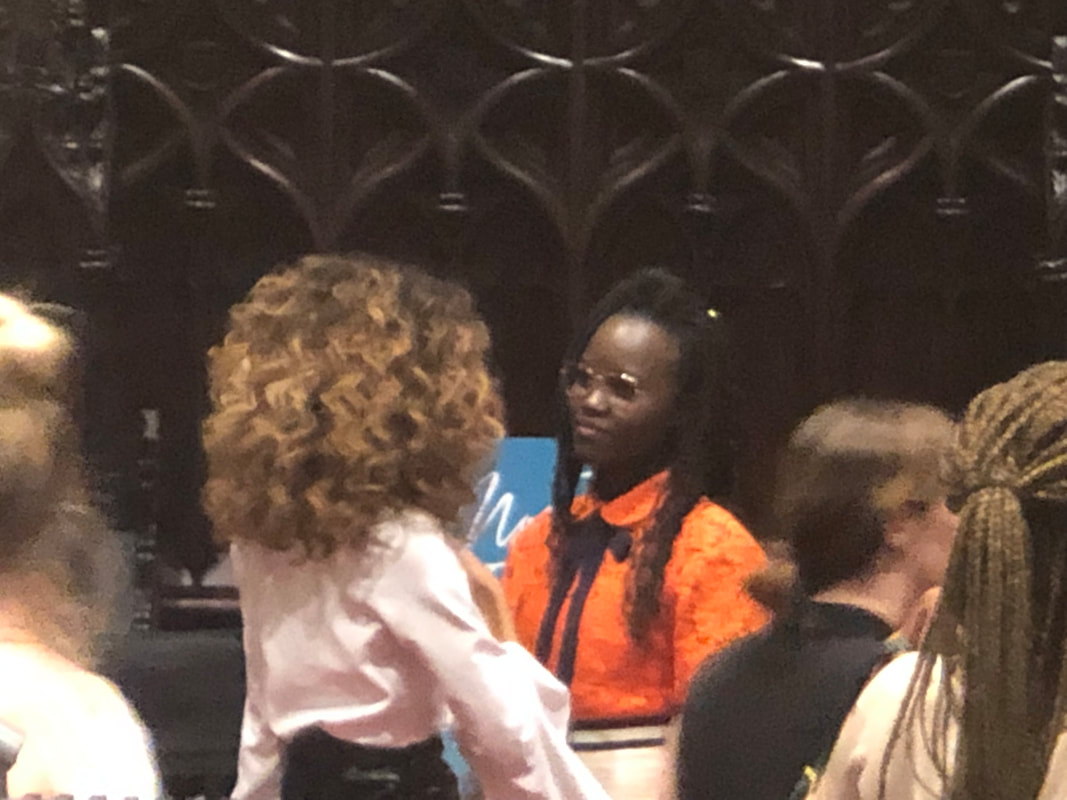 Elaine discusses a mistake she made that she learned from while working at Teen Vogue that involved natural hair and braid extensions, cultural appropriation, the nuances of colorism, and the power of Black Twitter 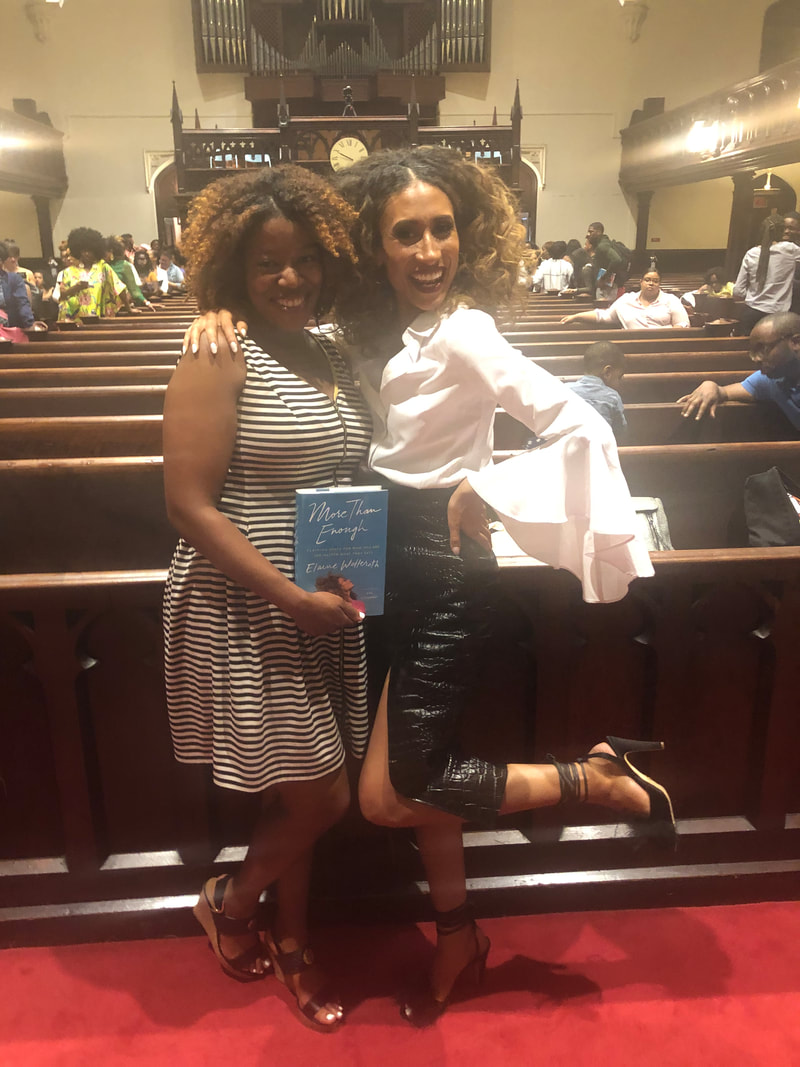 Jennifer D. Laws and Elaine Welteroth at her "More Than Enough" book tour stop in Brooklyn on June 11, 2019.