Jan Gaye's After the Dance: My Life with Marvin Gaye book signing

Arts Horizons LeRoy Neiman Arts Center | May 20, 2015
If you know anything about me and music, then you should know that my all-time, favorite artist is Marvin Pentz Gay Jr. bka Marvin Gaye.

I wholeheartedly believe I was conceived to a sensuous Marvin Gaye record. My mom can neither confirm nor deny my inherent belief. I play his discography more than I play any other artist's music. One of the first songs I vividly remember hearing and remembering whenever and wherever it was played is "Inner City Blues (Make Me Wanna Holler)" just because of the distinctive intro and the scatting Marvin does before he starts singing the lyrics after 40 seconds or so. His voice is so smooth, sexy, and seductive. The lyrics are powerful and thought provoking, and even though he repeatedly stated "this ain't livin'" in the beginning of the song as a cautionary tale, I still wanted to go wherever this "inner city" was and experience these "blues" just because of the way he sang about it. I thought... it can't be that bad because he makes it sound so good! I was probably all of 4 or 5 years old when I came to this stark realization - bright eyed and bushy tailed.

"Mother, Mother/ Everybody thinks we're wrong/ Who are they to judge us/ Simply cause we wear our hair long..."

This was the closest I'd ever be to Marvin. I had to see her in the flesh.

Her book is insightfully eye-opening! It is an endearing look into the life of a troubled artist with a tortured soul who had a rough, abusive upbringing. A soulful crooner who did copious amounts of drugs to cope with his demons, he hated touring due to his intense stage fright and shy personality, but owned the stage whenever he was able to overcome his insecurities. A Motown legend that was shot and killed by his abusive, strict, cross-dressing, pastor father the day before his 45th birthday. I loved Marvin even more after reading her book, and I could see why Marvin loved Janis. She is beautiful with a soft voice and a sweet demeanor. She and David Ritz signed my book, and she happily let me take a picture with her after I briefly told her just how much of a huge fan I was of Marvin and his timeless music. She stared at me and must of thought I was about 18 years old gushing like a school girl over her deceased ex-husband. Somehow, I felt like she saw me in her as I saw her in me. We were even wearing the same colors - black and white dresses.

I imagined she thought,"He got you too, uh?"

I shouldn't have to tell you, but her book is a DEFINITE MUST READ! 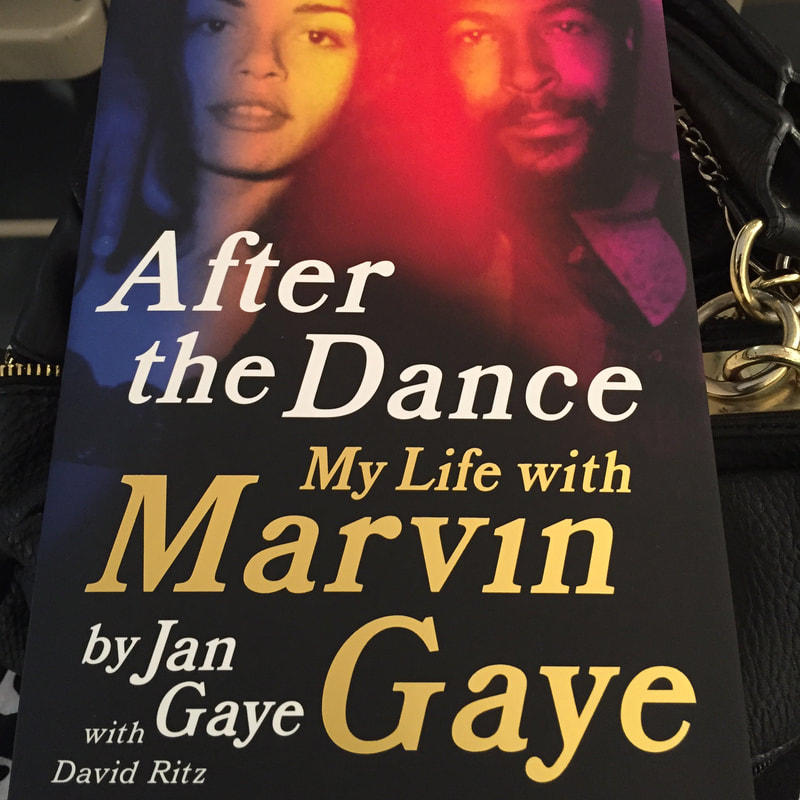 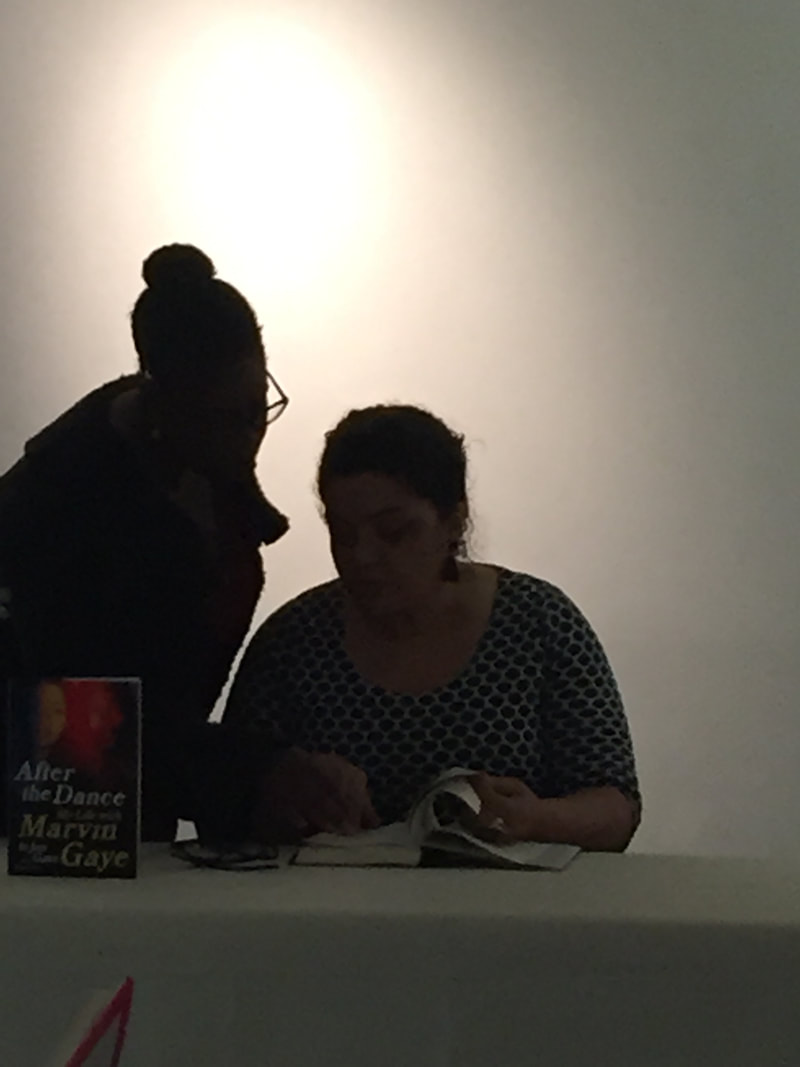 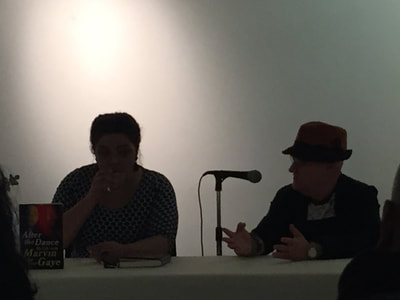 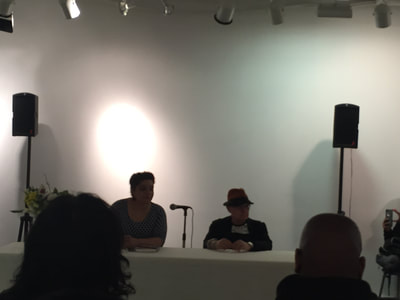 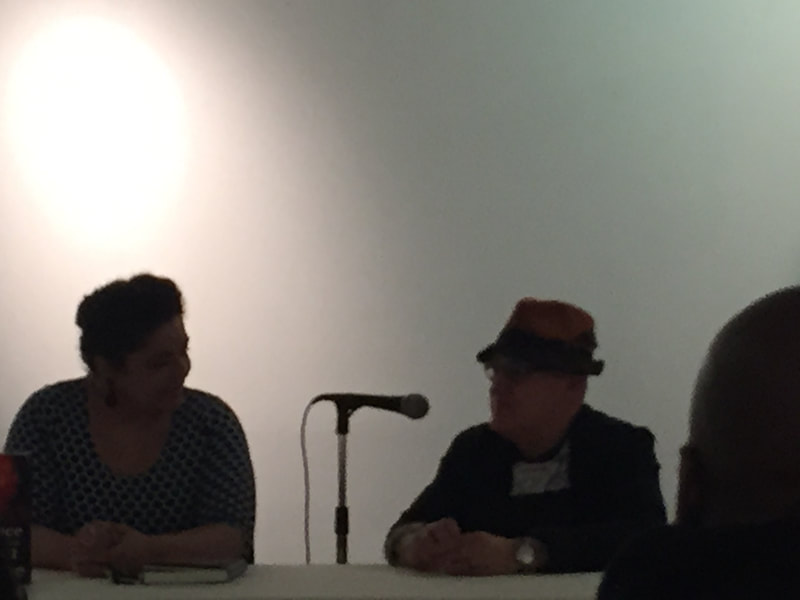 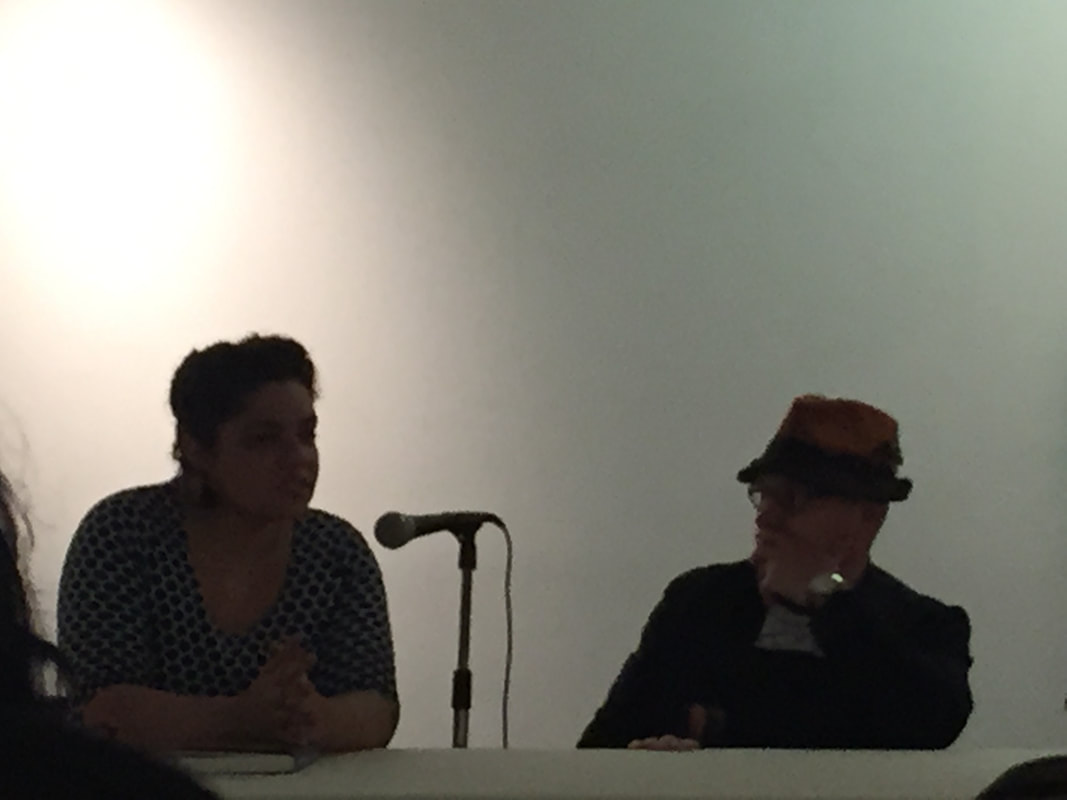 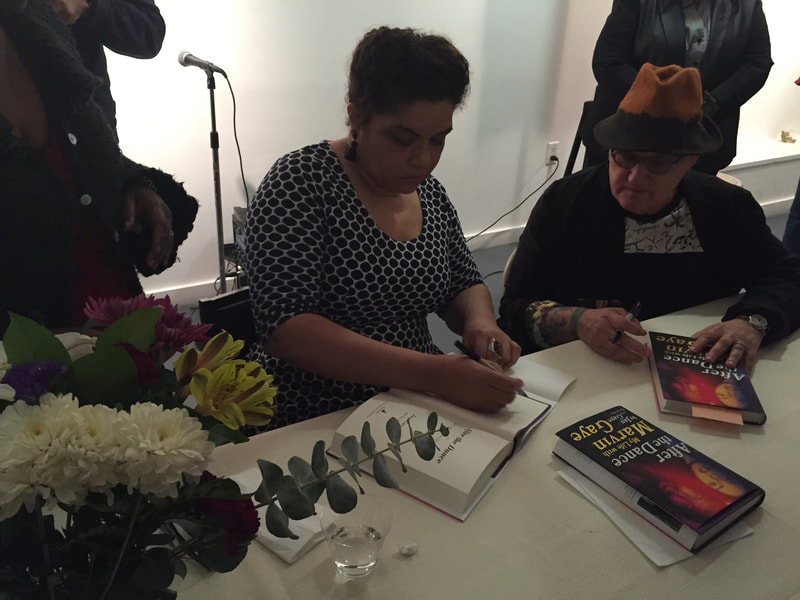 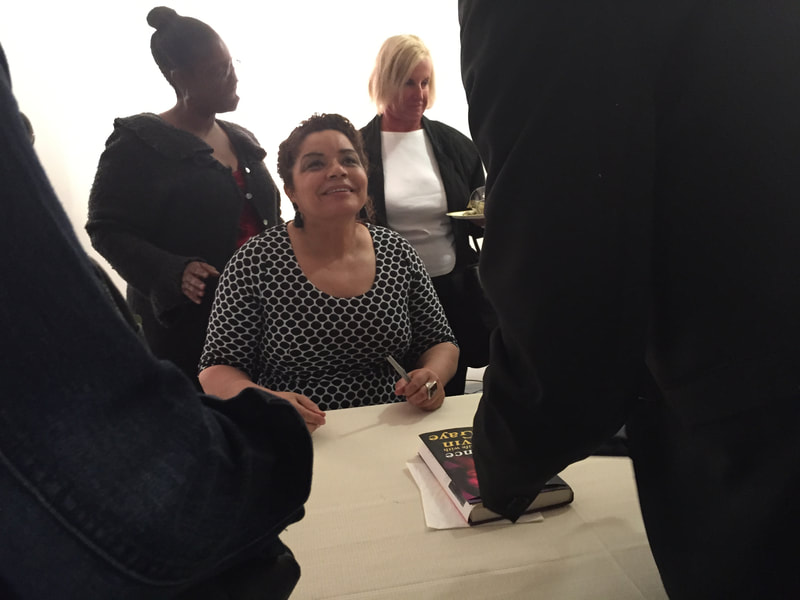 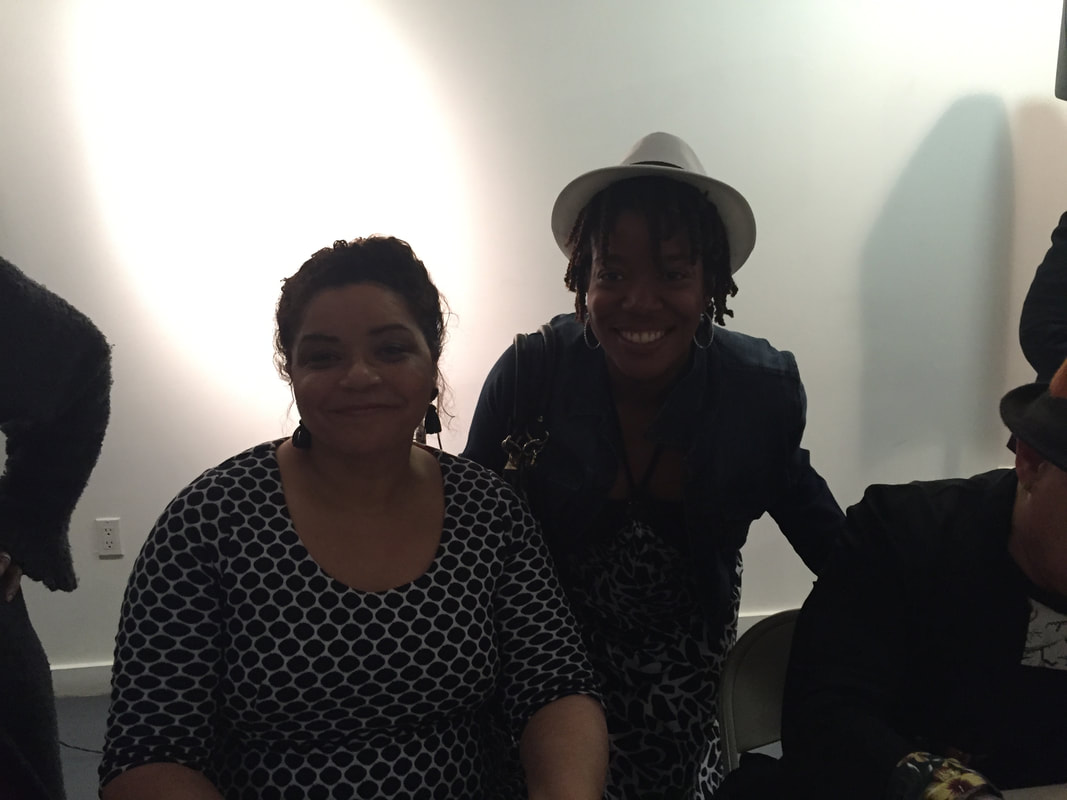 Jan Gaye and Jennifer D. Laws at Jan's book signing at Arts Horizons LeRoy Neiman Arts Center in Harlem on May 20, 2015
This is the closest I'll ever be to Marvin, but I'll always have his timeless music!