DeRay Mckesson first came on my radar on April 28, 2015. I was glued to the TV watching coverage on CNN of the protesters in Baltimore, MD, and how the media portrayed them as thugs and criminals because some of them broke windows and caused damage to some stores in the area due to their frustration and anger over the death of Freddie Gray at the hands of crooked cops on April 12, 2015.

Then DeRay appeared.
I remember watching the live interview and without a thought, rewinding it just so I could record it. Wolf tried it and failed...horribly! He attempted to bait DeRay to say things that were completely missing the point, wholly one-sided, incongruent to the very reason why people were protesting, and the vital mission of the Black Lives Matter movement. DeRay masterfully read the entire fuck out of Wolf, and I knew then that the rising community activist would be one to watch. So when I heard he was releasing a book, it was imperative that I attend the first stop of his book tour in Brooklyn. DeRay, Toure, and Hasan discussed various topics including his book, culture, social justice, politics and had a Q&A session. It was definitely worth going to, even though we had to sit in a hot ass church with absolutely no air conditioning or even a hint of circulation or ventilation.

I know St. Ann opened in 1847, but y'all need to renovate ASAP - NYC is in the midst of a heat wave! If hell is anything like the heat inside that church, chile, let me get my life ALL THE WAY right! 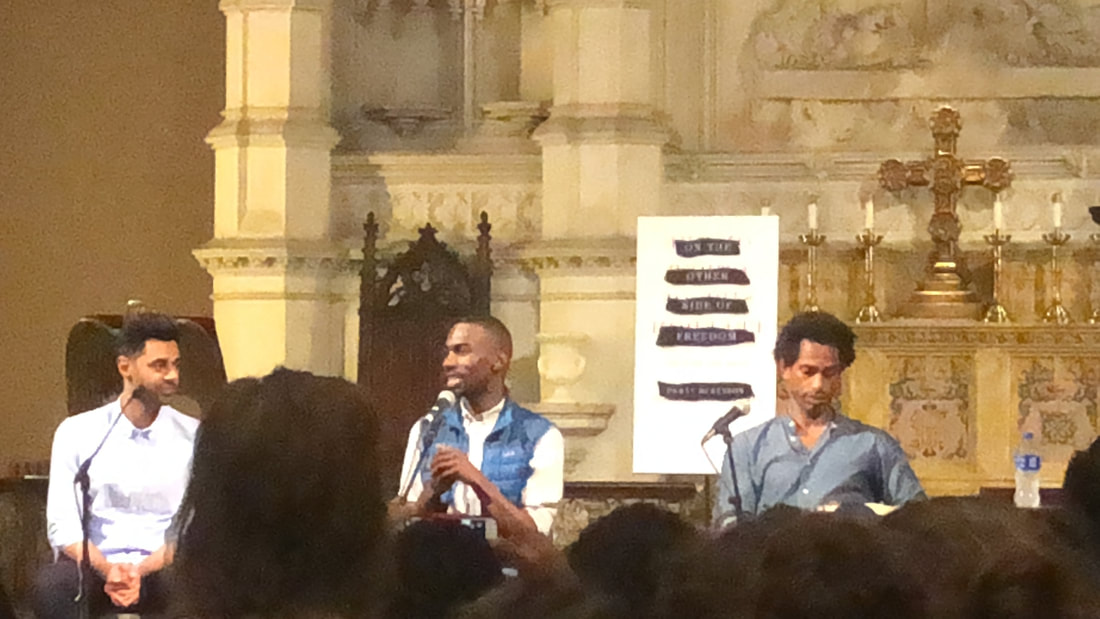 Welcoming to the stage DeRay Mckesson, Toure, and Hasan Minhaj

DeRay takes off his signature blue Patagonia vest because it felt like holy hell in the churchhouse... 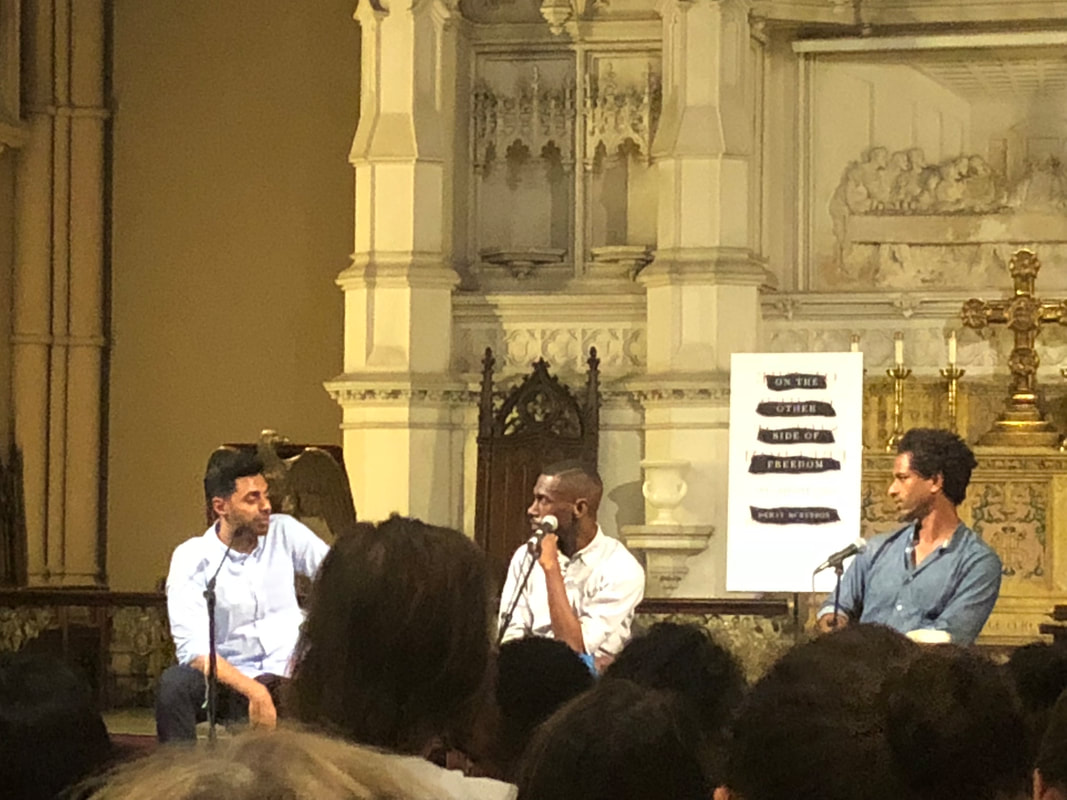 They discuss the influence of Kanye West and his latest "antics"...