Last December, I read a Billboard article that Solange would be the first recipient of the Lena Horne Prize, the first major entertainment award to be named after a woman of color. When I learned that it would happen at The Town Hall, I was ecstatic! First, because this is such an amazing honor for someone so deserving, ***pauses to cue up "Almeda", Hold Up...*** and The Town Hall is one of the few entertainment venues in NYC that I've regularly passed by but never actually been in. It's historically inclusive for Black entertainers. As an event planner and avid attendee of various events, I've always heard there's "not a bad seat in the house" which happens to be The Town Hall's mantra due to the acoustics and the architectural design of the theater - they have no box seats and no seat has an obstructed view. Performers have said it rivals the famous Carnegie Hall.

Black History Month Facts: It routinely hosted the performances of some African American legends who were not allowed to perform at other venues due to racial discrimination including Marian Anderson, Dizzy Gillespie, Charlie Parker, Cab Calloway and many others. Whitney Houston also held her interview there for the season premiere of the 25th Anniversary of The Oprah Winfrey Show in September 2009. During the interview, Oprah asked Whitney why she wanted to be interviewed at The Town Hall. She said it held a special place in her heart because it was where she performed for the first time when she was 14 years old. #themoreyouknow

Not only did I not want to miss the chance to bear witness to history being made during Black History Month, the list of speakers and performers were also amazing: Common, Questlove, Andra Day, BJ the Chicago Kid, Rapsody, Talib Kweli, Leon Bridges and many more! And there was NO WAY I was going to miss Martin Luther King III speak!

So on the last Friday of February, I got off work, took a quick trip home, then traveled to Times Square and got a healthy dose of Black Excellence! It was an honor to be in the building, to be on the second row in such a majestic theater, to celebrate #BlackGirlMagic! Solange's 11 minute and 30 second speech on her journey of self-discovery, belief in herself, her art, her activism, and how Lena Horne impacted her since she was a little girl is ALL of us. It's definitely me. I still remember seeing the look in Diana Ross's eyes as she looked at Lena Horne singing to her to "believe in yourself" and how that resonated with me at such a young age. I saw someone who looked like me, and it made me believe that I could do anything I wanted to do if I believed in myself, too!

This was an historic night that I'll never forget! 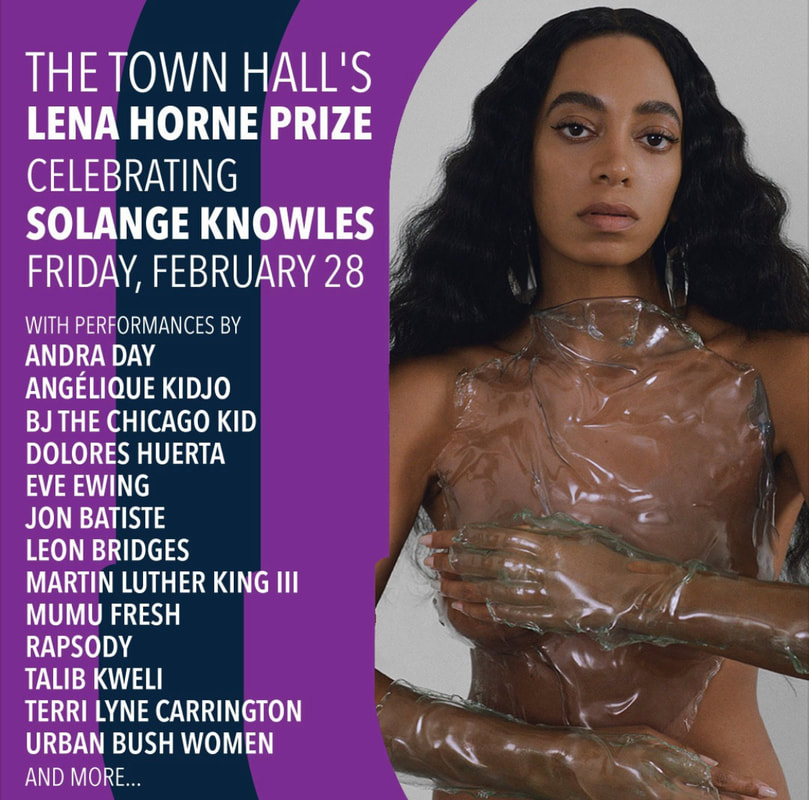 I will never forget being a young girl and the impact of hearing the great Lena Horne singing the words 'believe in yourself' from The Wiz. I have carried it with me closely my entire life. At the age of 12, I played this very role at the Ensemble Theatre in Houston, Texas and it was then I learned about Lena’s dedicated activism and fearless integrity as a woman and groundbreaking artist. I am honored to be receiving an award that bears her name and continue her legacy of using the arts to inspire reflection and evoke change.
- Solange Knowles 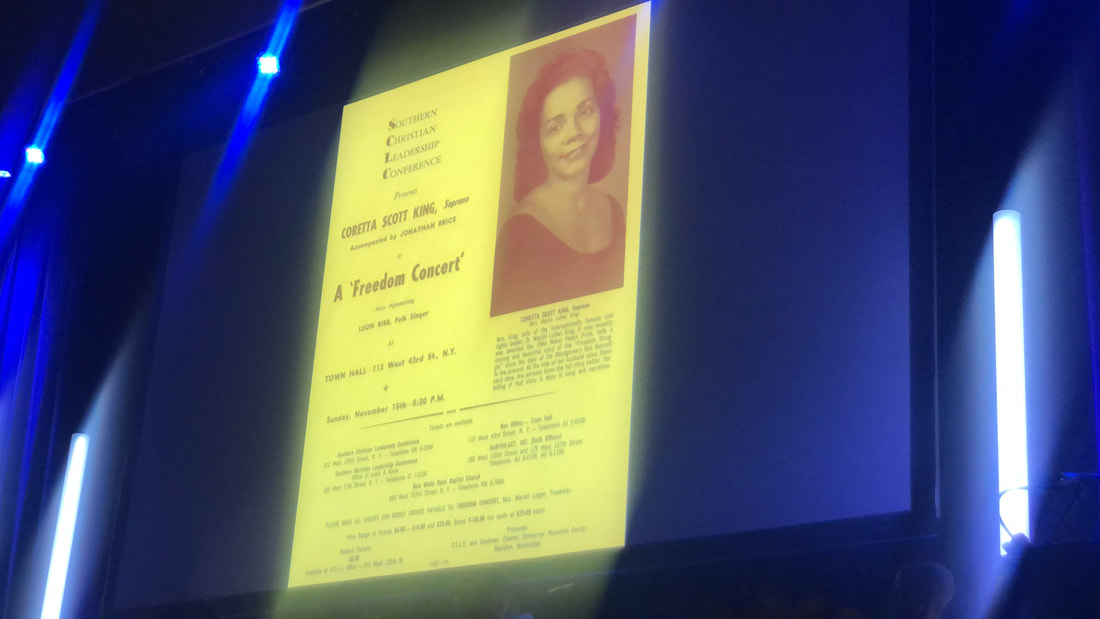 QuestLove and Jenny Lumet discuss her grandmother, Lena Horne
​Tamron Hall discusses how she purchased Lena Horne's coat and bracelet from her estate auction while she was live on air at The Today Show
​Tamron Halls brings Dolores Huerta to the stage
Andra Day performs "Stormy Weather" 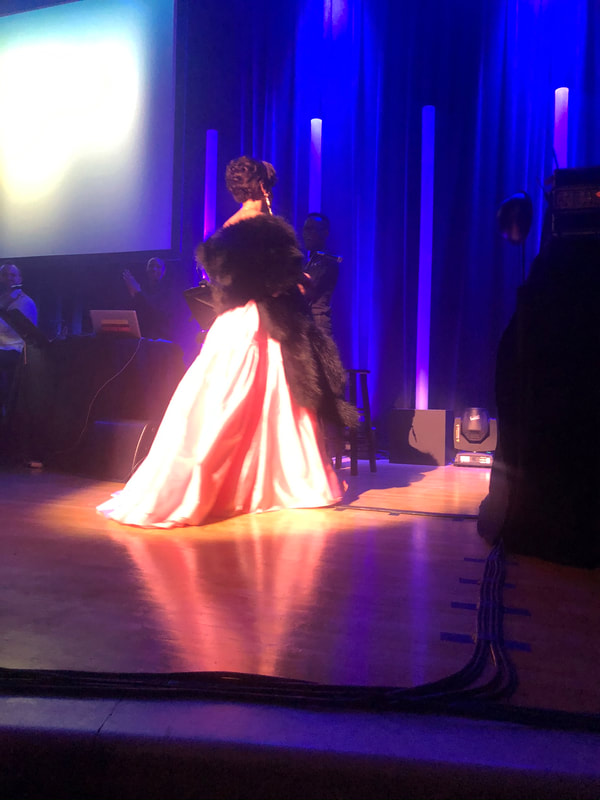 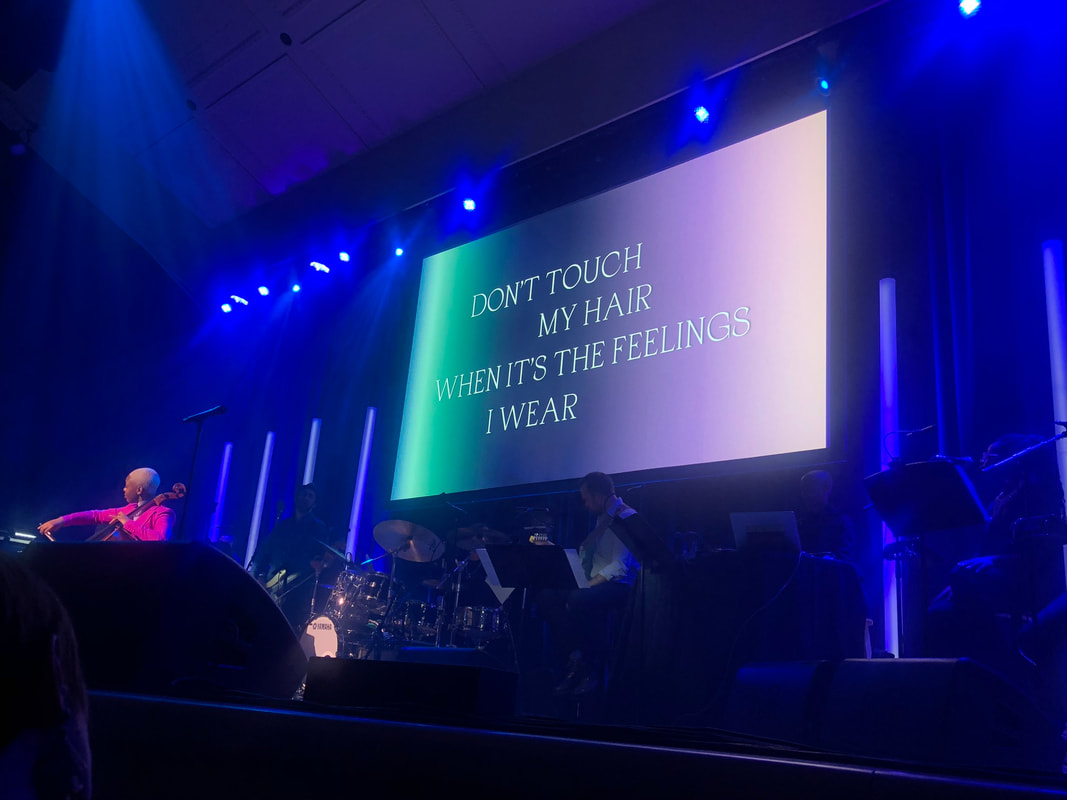 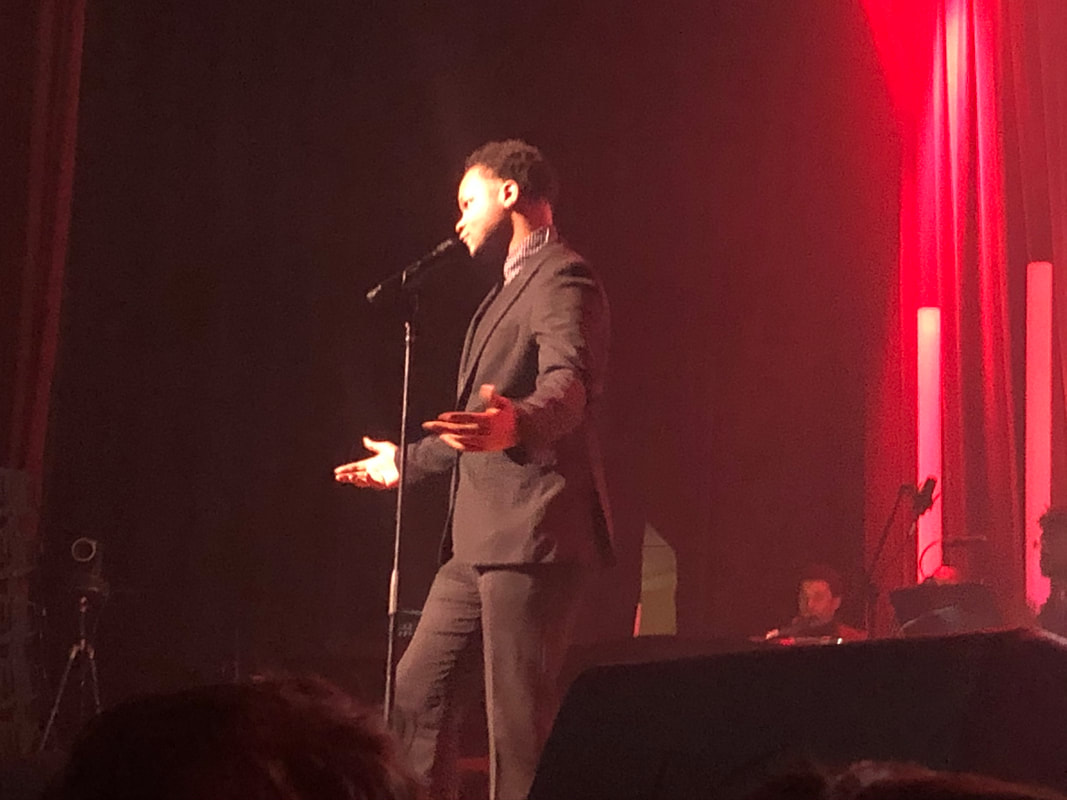 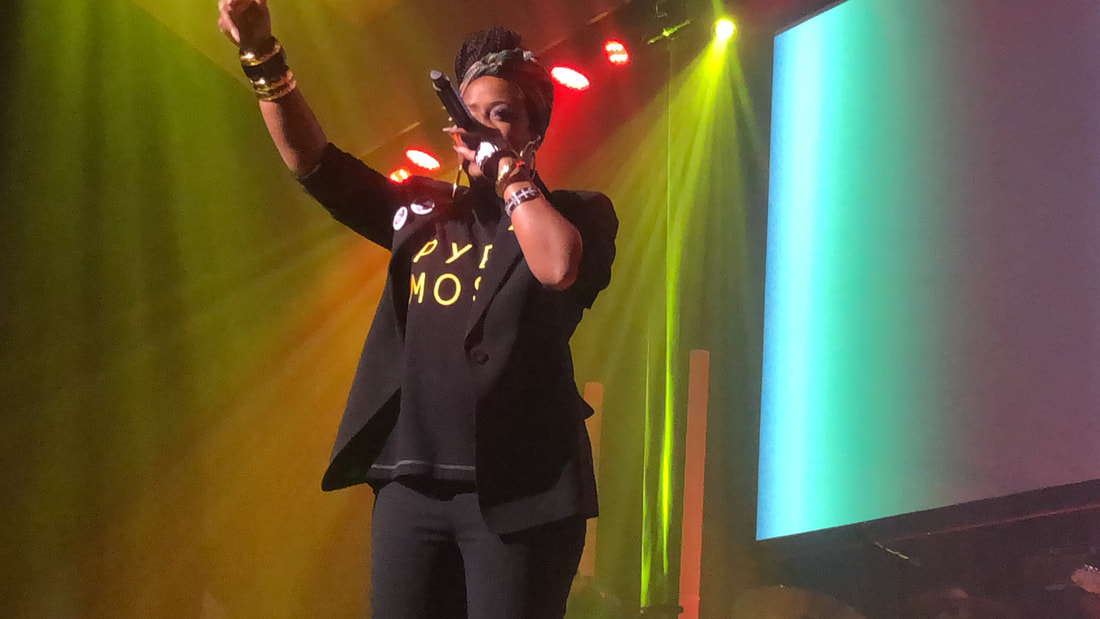 Talib Kweli performs "Lonely People" and "Get By" 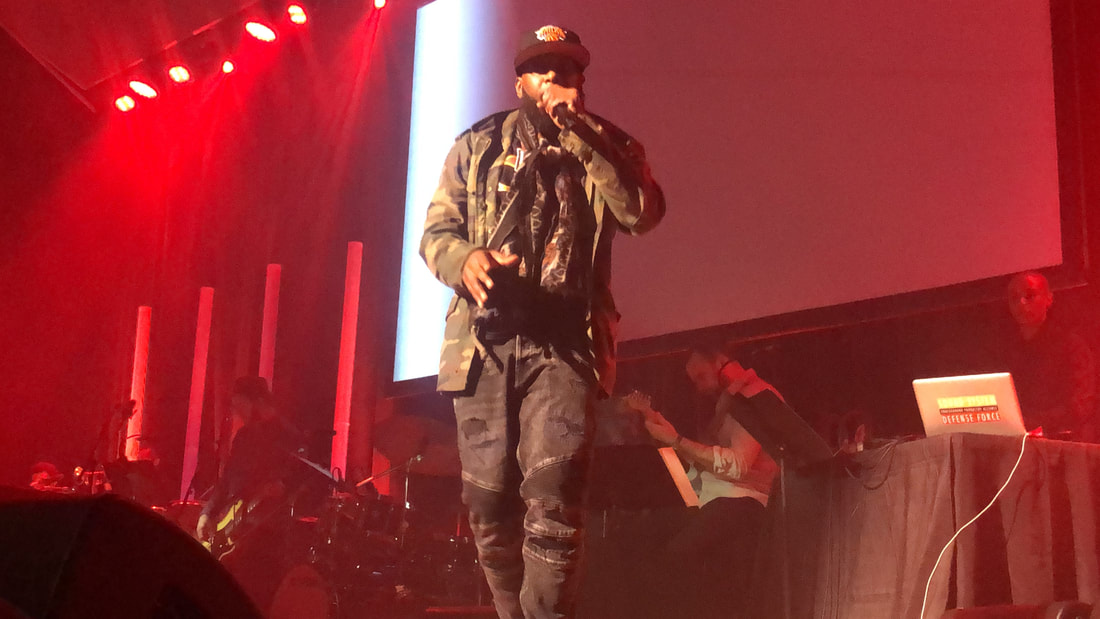 Representatives from Project Row Houses
Solange's $100,000 prize will be directed to Project Row Houses, a Houston-based nonprofit organization dedicated to empowering people and enriching communities thorough engagement, art and direct action. The organization, founded in 1993, is a catalyst for transforming community through the celebration of art and African American history and culture. To learn more about the organization, click here.
Leon Bridges performs "River" 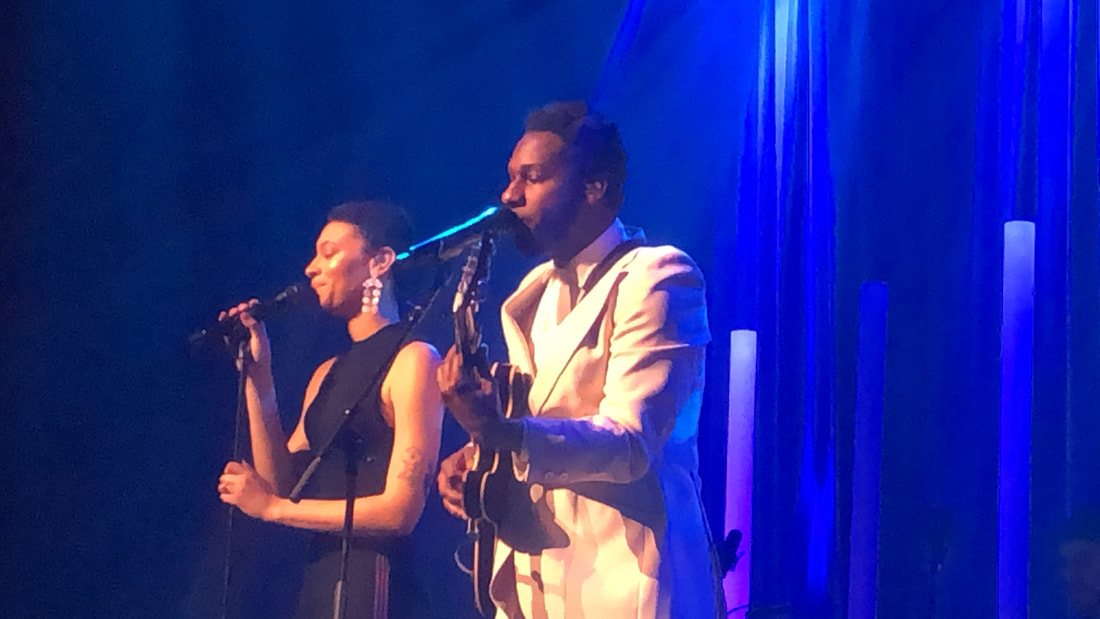 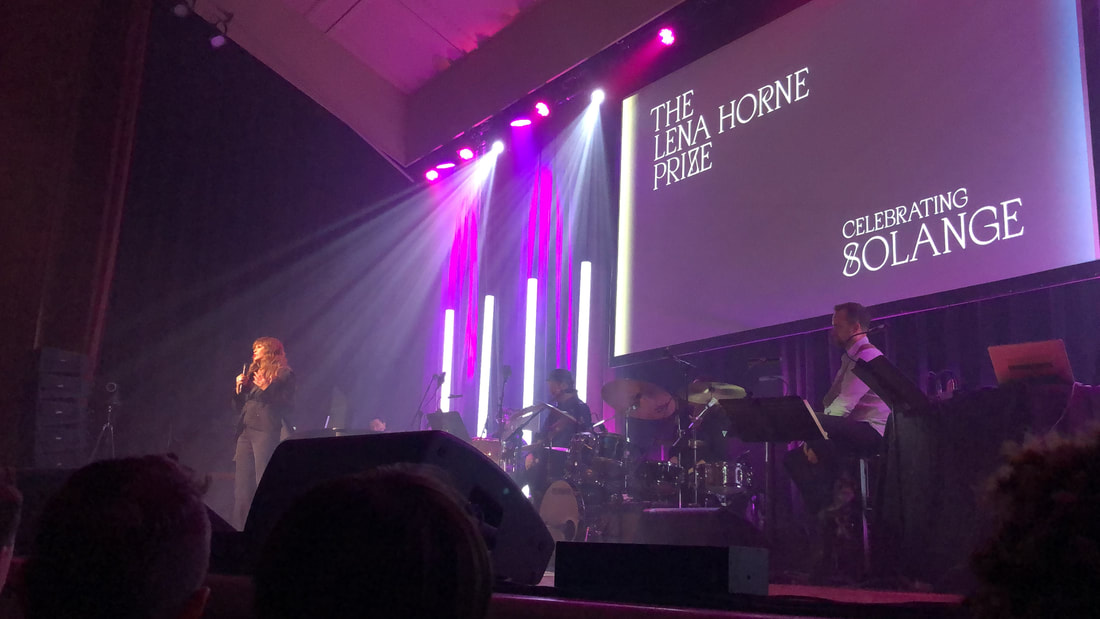 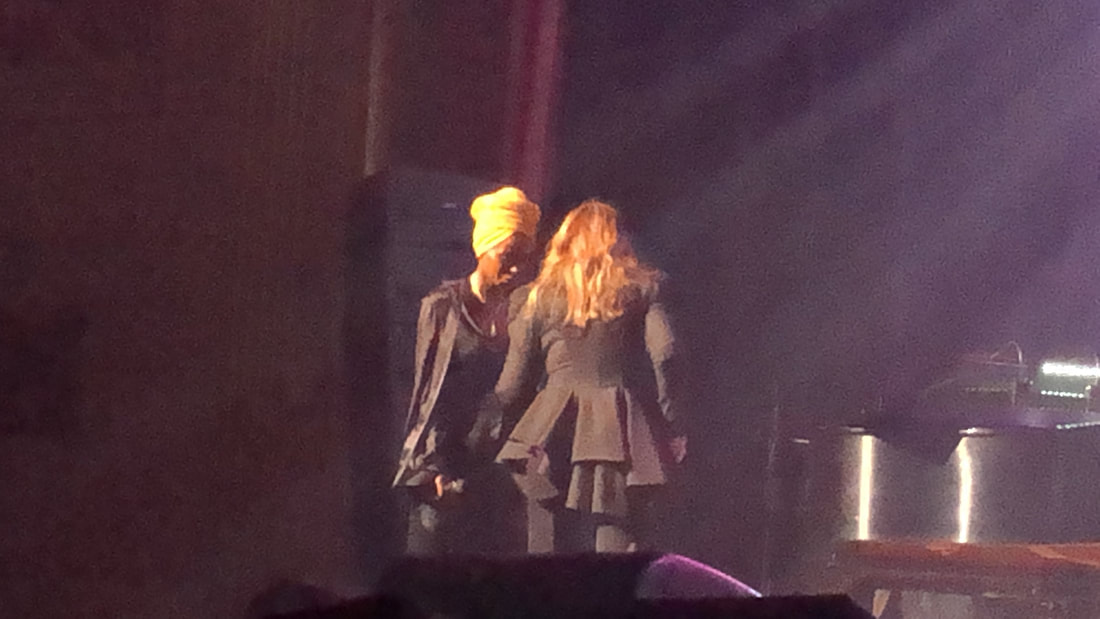 I Saw Things I Imagined...
And now for the lady of the evening...
​Artist Toyin Ojih Odutola brings Solange to the stage to give her acceptance speech for the inaugural Lena Horne Prize! 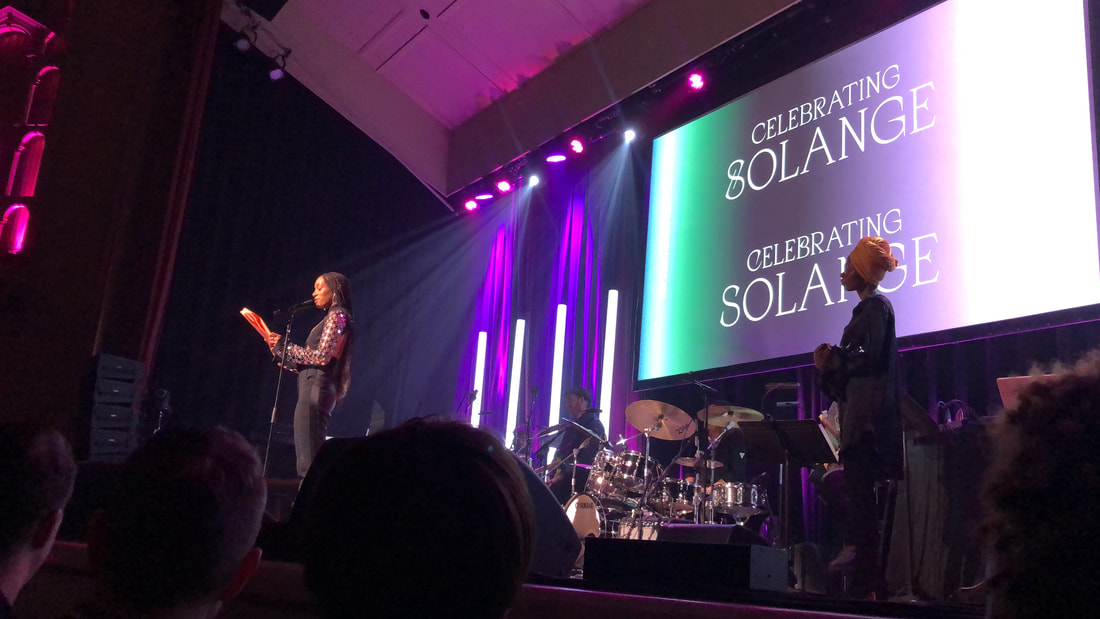 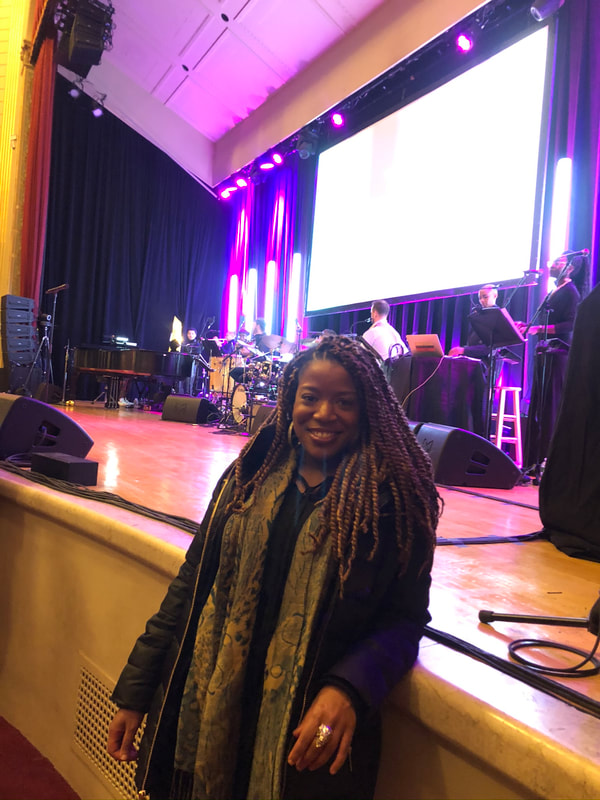